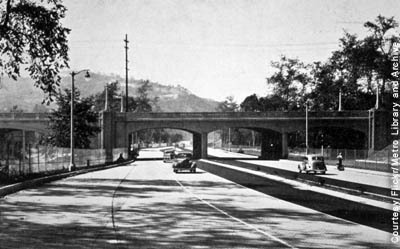 "[I]t takes courage to do a thing the first time, no matter how simple and obvious it may appear after it is done. And this, fellow citizens, is the first Freeway in the West." - California Governor Culbert Olson at the freeway's dedication

The experience gained by observing traffic operations on the parkway confirmed the value of acceleration/deceleration lanes and the minimum practical width for planted medians. The prohibition of cross-traffic provided additional driving safety and convenience.