The Northampton Street Bridge is the sole existing through-type cantilever eyebar bridge in the United States to serve only highway traffic.

"The cantilever pattern has been adopted, which will give the structure the appearance of a suspension bridge..."
— Easton Daily Express, Easton, PA, October, 1894

The crossing of the Delaware River at Easton, Pennsylvania, provided a central link in travel from the northeastern seaboard to America's inland territories throughout the 18th and early 19th centuries. From 1806 to the mid-1890s, travelers used a landmark wooden structure built by noted bridge-builder Timothy Palmer. By the 1880s, however, Palmer's three-span covered bridge could no longer handle the demands of traffic generated by new trolley lines.

Combining aesthetics with economical design, the Northampton Street Bridge employs a cantilever design with overhead sway bracing confined to the pier elements, giving it the appearance of a small, graceful suspension bridge. Fine ornamental work and miniature turret finishings on the main verticals add to the bridge's elegant presence. Built for the Delaware Bridge Company and operated as a toll bridge, it was sold to the Delaware River Joint Bridge Commission in 1921 and has been toll-free to automobile traffic ever since. 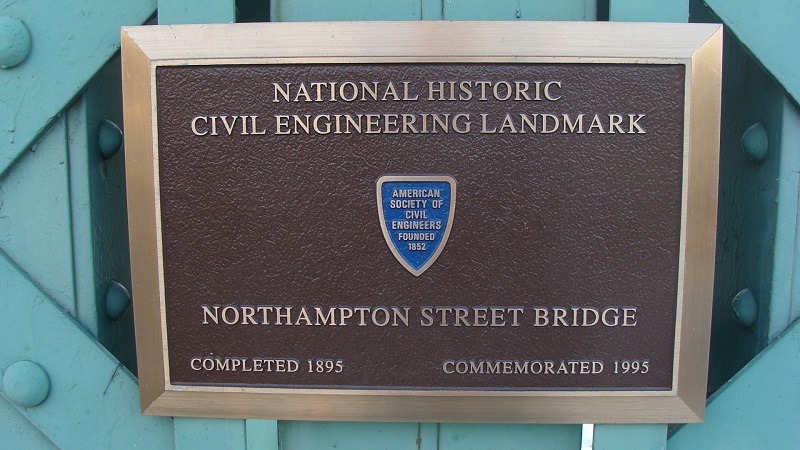