The original wooden Union Bridge, built in 1804 near Waterford, New York, was the first to cross the lower Hudson River and lasted for 105 years until it burned down in 1909 when it was replaced by the existing steel bridge. Built on the same piers, the new steel truss bridge continues the more than 200 years of service to the area.

The Union Bridge was built in 1804 by Theodore Burr and was the first to cross the lower section of the Hudson River connecting Waterford and Lansingburg, New York. The wooden bridge's key feature was the arch that started below the deck at the abutments and ran near the top of the top chord at mid span. This was the first time in the United States that anyone had used an arch in combination with a truss in order to provide both stiffness and strength. Burr later patented his truss/arch pattern in 1806 and 1817. His bridge consisted of three trussed arches yielding twin roadways 11 ft wide. He designed the deck to be nearly flat in order to accommodate wagon traffic. The deck rested on cross beams that were set on the bottom chord of the truss. In 1814 a cover was added to the bridge.

Even though this 726 ft long bridge far exceeded any truss or arched bridge then existing in the United States, construction was started in May 1804 and the bridge was ready to open on December 3, 1804 — just seven months from start to finish. 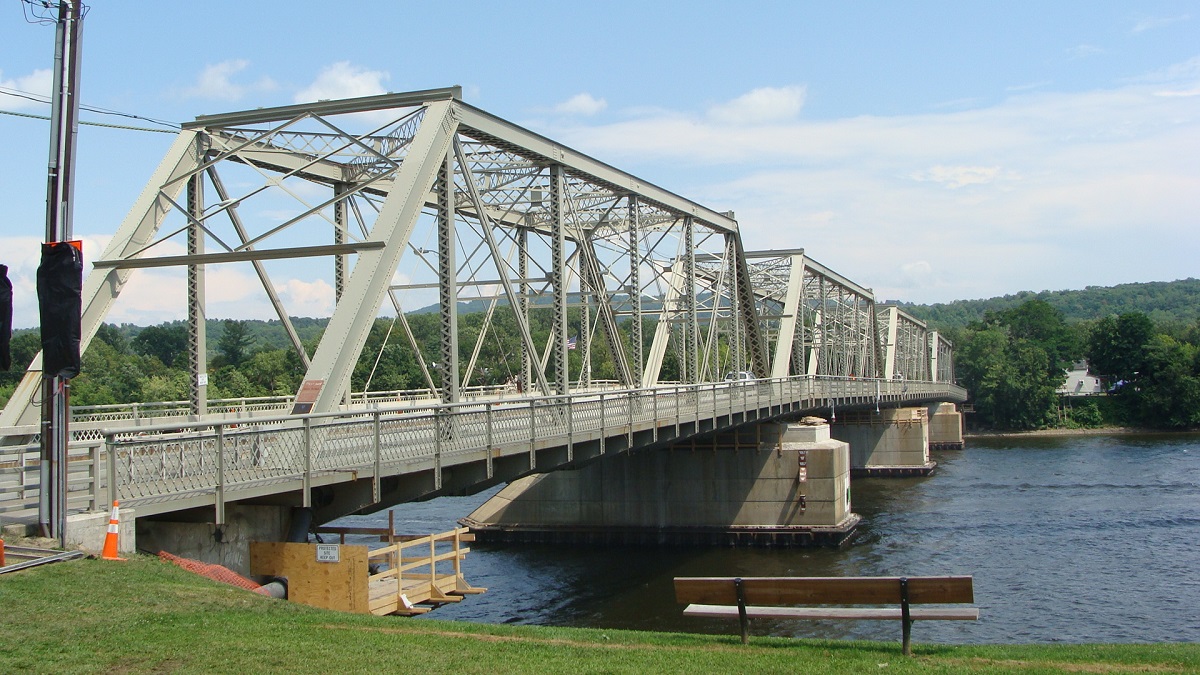 The bridge lasted until 1909 when it was destroyed by fire. The Troy Budget reported the "blazing bridge was a spectacle worth going miles to see." Within a period of only 35 minutes, three of the four spans had collapsed into the river. It was immediately replaced with a new steel bridge designed by A. P. Boller and Henry Hodge, and fabricated and erected by the Phoenix Bridge Company, one of the leading bridge companies in the United States. Built upon the same piers as the original wooden bridge, this steel truss bridge continues to provide the region with over 200 years of service.