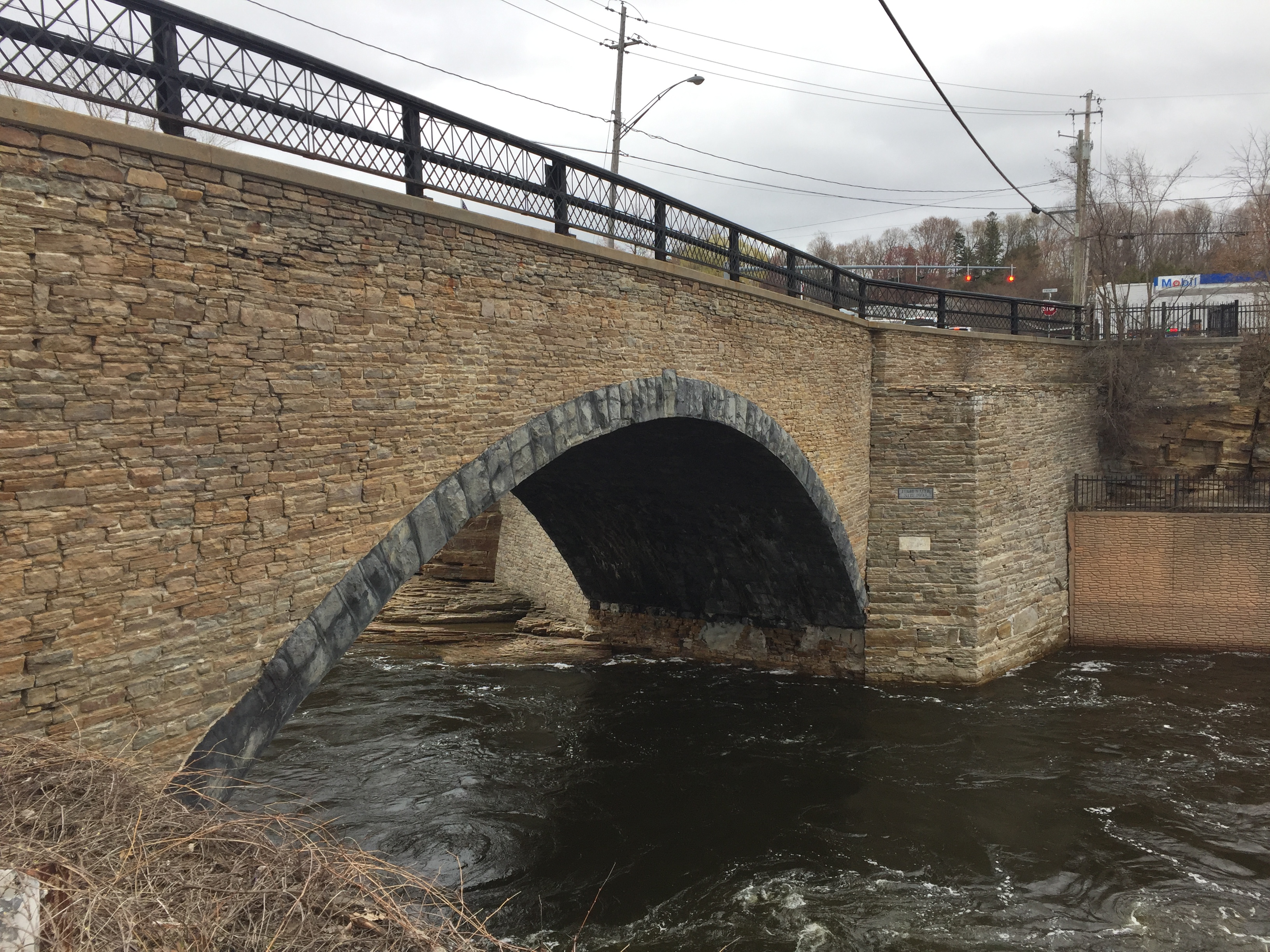 The Bridges of Keeseville, three remarkable operational 19th century bridges of different types, are all within 500 yards of each other. The evolution of civil engineering materials, analysis, and design, is clearly illustrated by these structures, all of which remain in service.

A 214-foot single-span covered wooden bridge, built above the cribs of stone in the AuSable River that served to break log jams and ice floes, collapsed during the winter of 1875 under the weight of a three-foot snowfall and high winds. The "Upper Bridge" (pictured) was built in its place.

Three bridges were built over the AuSable River in Keeseville, within a half-mile of each other. Each represents a distinctly different engineered solution. One bridge is constructed of stone masonry in compression, one wrought iron in tension and compression, and one of steel in tension. Each bridge was tailored to its anticipated loads and the constraints of its site, and each reflects the materials and design technology of its period.

In an era known for "monumental" structures such as the Brooklyn Bridge, the bridges of Keeseville symbolize a different—though equally important—facet of 19th-century bridge-building practice. 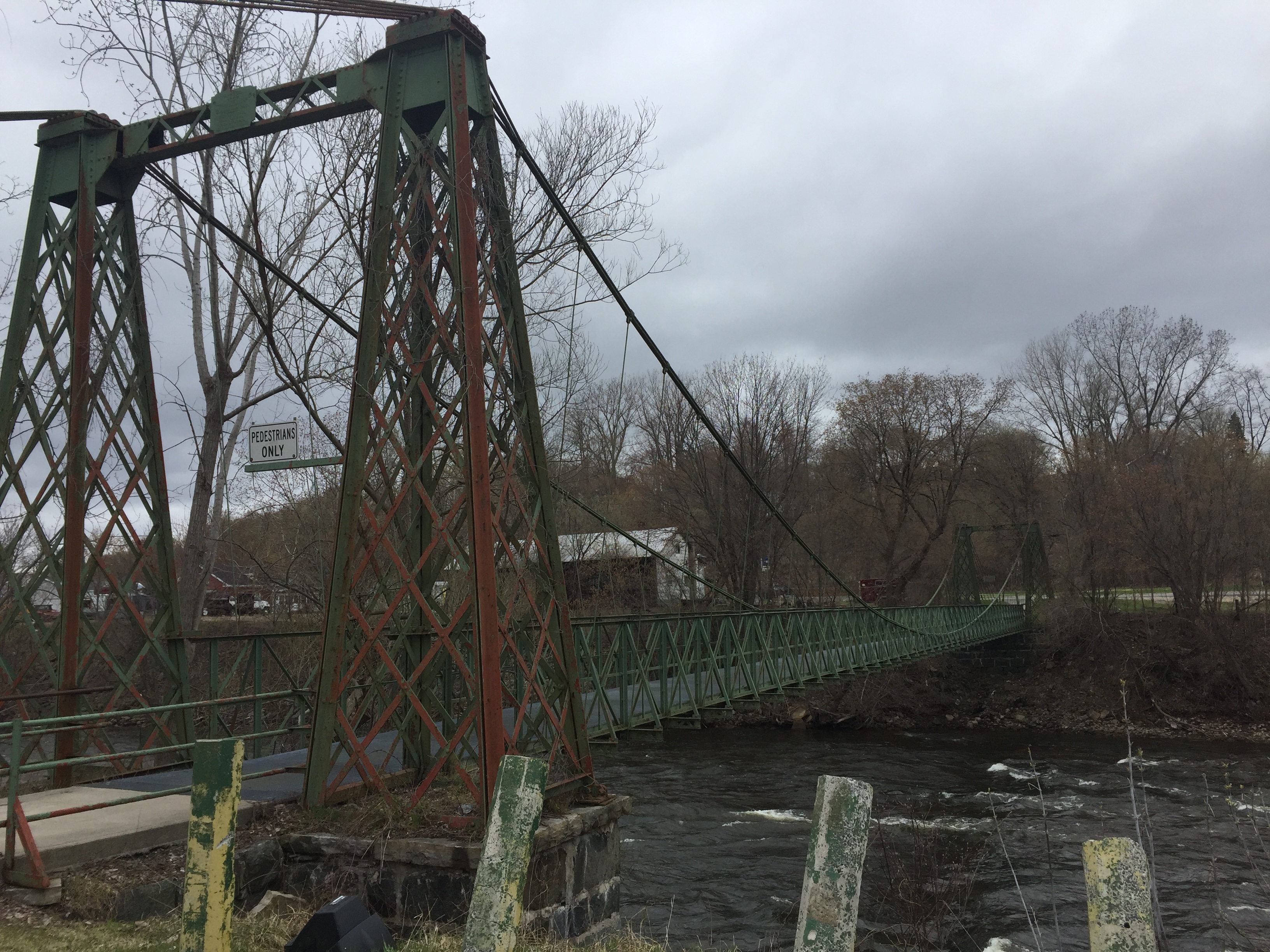 The hundreds of thousands of smaller railroad, highway, and pedestrian bridges of the period reflect a more vernacular tradition, and were built by engineers and entrepreneurs unknown to most of us. Yet it was these little bridges that replaced the ford and ferry and that made transportation feasible for the vast segment of the population.