Every four years, the American Society of Civil Engineers (ASCE) publishes the Report Card for America’s Infrastructure, which grades the current state of national infrastructure categories on a scale of A through F. Since 1998, America’s infrastructure has persistently earned low grades, and the failure to close the investment gap with needed maintenance and improvements has continued.

The ASCE Report Card grades aren't ones to be proud of, but one might ask the question, "why does it matter?" We still get to work, school, and vacation, even if we contend with congestion and unreliable transportation on the way there. Goods still reach our store shelves, water comes out of our taps, and the lights turn on.

These reports were followed by a comprehensive final report, Failure to Act: Economic Impacts of Status Quo Investment Across Infrastructure Systems, which addressed the aggregate economic impact of failing to act in more than one sector. This report addresses the current infrastructure gaps between today’s needs and investment and how they will affect the future productivity of industries, national competitiveness, and the future costs to households. 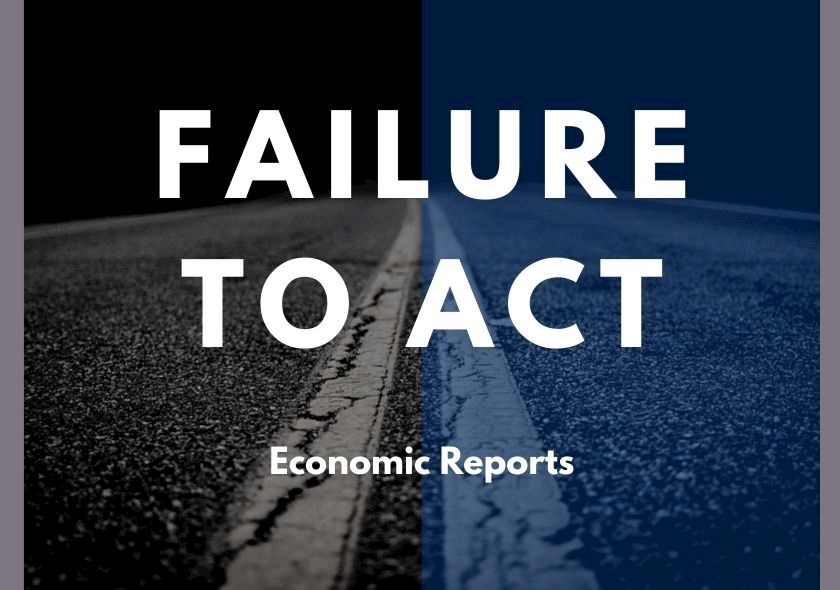 In 2020 and 2021, ASCE released five Failure to Act  reports in a series covering 11 infrastructure sectors that are critical to the economic prosperity of the U.S.