Do leadership and social skills come naturally to civil engineers?

Franklin Sherkow, P.E., ENV SP, is an ASCE Fellow and Life Member, and former president of ASCE’s Oregon Section. He was on the civil engineering faculty at Oregon State University for six years before returning to consulting. In today’s Member Voices, he examines the notion of natural challenges for civil engineers when it comes to leadership and communication skills.

What if people with certain traits and behavior styles were naturally attracted to certain jobs or professions?

That might help explain why certain people act the way they do on the job and outside of work. It might also explain why people who exhibit very good professional or interpersonal skills may have a challenging time when it comes to other kinds of skills.

Although we cannot generalize across the entire population, we can determine where someone’s strengths lie and where they don’t. After all, very few people are “naturals” with every behavior pattern.

In 2009, while teaching the capstone course (senior project) for civil engineering students at Oregon State University, I wanted to gather students into small teams. The class sizes during the period, from 2009 to 2013, ranged from 65 to 105 students. We didn’t want students to pick their own teams because we wanted the team formation to be as realistic as possible, reflecting what they may find in their future professional situations.

The sorting criteria included the following:

Although the team-sorting process was challenging, we managed to meet our goals of team diversity along all sorting criteria. These teams worked together over two consecutive terms on a single senior project (sponsored by an outside public or private engineering entity).

What is DISC and how does it work?

The DISC Model of Behavior was first proposed by William Moulton Marston, a physiological psychologist with a Ph.D. from Harvard. His 1928 book “Emotions of Normal People” explains his theory on how normal human emotions lead to behavioral differences among groups of people and how a person’s behavior might change over time.

Marston theorized that the behavioral expression of emotions could be categorized into four primary types, stemming from the person’s perceptions of self in relationship to his or her environment. These four types were labeled by Marston as Dominance (D), Inducement (I), Submission (S) and Compliance (C).

The following are ways that we can associate words or actions with each of the DISC behavior styles:

Behaviors: Sees the big picture; can be blunt; accepts challenges; and gets straight to the point

Person places emphasis on influencing or persuading others, openness and relationships

Behaviors: Shows enthusiasm; is optimistic; likes to collaborate; and dislikes being ignored

Behaviors: Doesn’t like to be rushed; calm manner and approach; and supportive actions

Person places emphasis on quality and accuracy, expertise and competency

Without getting into an in-depth statistical data analysis, it appears that the DISC styles of Steady and Conscientious dominated the students’ natural styles in each year that was studied. This was followed by Influencer, with Dominant trailing in last place.

Table 1 (below) presents the DISC total for each year (2009-2013 period, OSU Civil Engineering Capstone course), and the percentage for each of the DISC styles. All of the data is for students who were seniors and ready to graduate.

Those familiar with the DISC process note that, in general, the average person’s profile tends to stay fairly consistent over time. While you may find small differences in your results from one time taking the assessment to the next, you’re unlikely to experience major shifts in style.

According to Personality Profile Solutions LLC, “people with the ‘S’ style place an emphasis on cooperating with others within existing circumstances to carry out the task.” They go on to say—

A person with an “S” style:

Personal accomplishments, Group acceptance, Power through formal roles and positions of authority, and Maintenance of status quo and controlled environment

When communicating with the “S”-style individuals, be personal and amiable, express your interest in them and what you expect from them, take time to provide clarification, be polite, and avoid being confrontational, overly aggressive or rude.

According to Personality Profile Solutions LLC (website), “people with the ‘C’ style place an emphasis on working conscientiously within existing circumstances to ensure quality and accuracy.” They go on to say—

When communicating with the “C”-style individual, focus on facts and details; minimize “pep talk” or emotional language; be patient, persistent and diplomatic.

In addition, the OSU data shows that a significant number of civil engineering students do not just possess high levels of single behavior styles. Many students exhibit high levels of both – that is, Steady and Conscientious. Figure 1 (below) illustrates data from a single DISC profile from the Class of 2013. Note the high “S and “C” data points.

To reinforce the point, as an example, within the class of 2011, those possessing a high Steady level accounted for 34 students out of 98. Those possessing a high Conscientious level totaled 28 out of 98. However, there were 35 students within those two groups who possessed high “S” and high “C” levels simultaneously, as shown in Table 1. This accounted for 36 percent of the total class. This is about twice as high as the general population (18 percent). So, for the class of 2011, 56 percent of the high “S” and “C” total possess both behavior styles at high levels.

Using the class of 2011 as an example, many of the data points for the entire class reside in a relatively small “slice” of the DISC circle. See Figure 2 (below).

In my opinion, this quarter of the DISC circle must represent those most likely to be drawn to the profession of civil engineering. But, to be a successful engineer and future leader, one will have to go well beyond these “natural” behavior styles.

On the other hand, Figure 3 (below) illustrates the area of the DISC circle that is relatively absent of data points for the class of 2011.

Having divided the world into four quadrants (DISC), and associated traits or style elements to each, can we draw any conclusions about civil engineers from this data? My response is “Yes!”

According to Axiom Human Resource Development LLC (who work with the DISC profiles for clients):

“Profiles of this kind, showing both high Steadiness and high Compliance, are often referred to as ‘Technical’. This term is used in its broadest sense; people with this type of approach are suited to jobs such as accountancy, computer programming or engineering, because their personalities combine accuracy and precision with the patience to work at a problem until it has been solved. They are interested in producing quality work, and will often go to great lengths to ensure that the results of their efforts are the best they can possibly achieve. Because of their interest in quality and productivity, it is not unusual to find people of this kind who possess special skills or knowledge, especially in the ‘technical’ areas described.”

“Calm and rational in approach, this type of person often has a better understanding of personal or emotional issues than might be suggested by their relatively detached demeanor. They are not assertive in style, and will rarely offer input in a group situation, or act in an independent manner.”

Although we know that some in the engineering profession are outgoing and gregarious, many are not, at least in the earlier years of their careers. For them, these skills are learned and practiced, rather than a “natural” skill. Axiom goes on to note that people who show strengths in the “S” and “C” may have difficulties in interpersonal skills:

“This rather passive style often finds it difficult to relate to other people, especially in unfamiliar settings, because they need to know exactly where they stand before they feel able to act. While they value friendships and strong relations with others, this factor is often disguised by an apparently aloof and reserved style. In order to interact effectively with others, this type will look to more direct and outgoing styles to initiate and take control of interpersonal issues.”

In a wide range of cases, those drawn to the engineering profession concentrate heavily during their education in math, science and related fields. They often neglect such subjects as writing, English and, to some extent, building social skills. University curricula for civil engineers are crammed with technical subjects and very low on others so that students can fulfill the stiff engineering accreditation requirements during a baccalaureate program.

Without team members with high levels of these two behavioral styles (“D” and “I”), it meant that some teams were short of three vital skills … leadership, communications, and team building.

Are all civil engineers the same? Obviously not. There are successful civil engineers who don’t exhibit the typical high “S” and/or high “C” levels. These individuals may well be very valuable to a project team or organization dominated by those with high “S” and/or high “C” levels. They could be the communicators, leaders, marketers and visionaries. They could provide different points of view or become mentors for others who are trying to go beyond their “natural” behavior styles.

What Can Be Done?

This training/education could be woven into other coursework. It does not have to replace other vital education or training. Opportunities should be planned and executed for individuals and teams to exercise these skills. Performance reviews in the workplace should include measurements and attainment of these skills. Ensure that teams have a diversity of behavior styles! 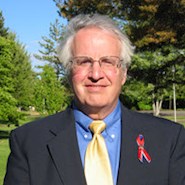