Memphis, Tennessee, wants what other cities have: a waterfront with attractions pulling in a range of visitors for hours at a time. Or rather, Mayor Jim Strickland is one of the latest prominent Memphians to want this, which is why he assembled a task force to realize these ambitions for the city’s stretch of the Mississippi River in 2017.

The results of that collaboration are now materializing. Memphis is overhauling five park districts covering 6 mi of city riverfront. Tom Lee Park, the largest and most central of the targeted areas, is in the midst of a $61 million renovation. The park will embody everything the larger project hopes to accomplish by providing space for residents to spend more time mingling, learning, moving, and relaxing outside.

Memphis originally treated the Mississippi River as the workplace it started out as — the area was so industrial that many buildings on the waterfront still don’t have windows overlooking the river, said George Abbott, the director of external affairs at the Memphis River Parks Partnership, a nonprofit fundraising for and overseeing the modified riverfront. In recent decades, the city built a cruise ship landing and the Memphis Pyramid on the river, though the area never consistently hosted casual recreation.

The city aims to change that. Tom Lee Park, for example, memorializes Tom Lee, a Black Memphis resident who in 1925 rescued more than 30 people from a capsized boat that was transporting American Society of Civil Engineers members and their families back from a site visit for a downstream revetment project. Today, the park is a field that hosts the Beale Street Music Festival, part of the Memphis in May International Festival. To create waterfront that residents would use often, the mayor’s task force hired the architecture and urban design firm Studio Gang, which produced an initial concept for the riverfront in 2019.

If the new riverfront is to serve all Memphis residents, the parks will have to close physical and metaphorical distances. Memphis, a city with about 650,000 residents across 300 sq mi, remains highly segregated with large racial income disparities.

“We talked a lot about how we can make sure to appeal across income and race barriers,” Abbott said, “so that we really create (a) place that is occupied by people of different backgrounds so that they see one another, can begin to build empathy, and thereby, hopefully, build a stronger community.”

The team’s intention is for Tom Lee Park to hold an attraction for every visitor. When complete, a 5,400 sq ft civic plaza and misting fountain will sit at the northernmost entrance of the park, which offers — among other facilities — trails, playgrounds, a 16,000 sq ft canopied plaza, and outdoor education spaces, including a classroom and a pollinator lab.

Visitors will also find an installation by artist Theaster Gates that encourages reflection on the park’s namesake and what the community could learn from Lee’s actions.

All these features, paid for with a mix of donations and government funds, will sit behind an Army Corps of Engineers dike. Built in the 1990s to stabilize the bluff, the dike wall supports river-dredged backfill capped to create the park at its current size.

To avoid landscape features that would risk draining through the cap or damaging the structural integrity of the dike wall, park designers had to work closely with the Corps on the design, said Brad Howe, RLA, a design director at SCAPE Landscape Architecture, a landscape architecture firm that worked on Tom Lee Park.

The collaboration decided on built-up features that will slope toward the river, letting storm and retreating flood waters stream into the Mississippi. Trees, woody shrubs, and ground cover will take up some of the runoff as it flows and add much-needed shade.

While meeting the Corps’ needs, the park designers also accommodated the list of park features agreed upon by the Memphis in May International Festival, the city, and the parks partnership. “We've designed a space that I think allows the partnership to have flexibility in what they can help achieve and what happens on the river,” Howe said, “but also that people can treat more as a destination for their everyday life.”

Once the project is completed in 2023, Tom Lee Park will still need care. Being on the Mississippi means preparing for flooding and any resulting post-flood cleanup, though SCAPE opted for plants that might better withstand inundation and placed more vulnerable features, like the playground, on higher elevations.

To ensure the park serves all residents, the partnership has also begun to evaluate how to assess where locals visit. For example, the park will likely offer Wi-Fi that might require visitors to enter their ZIP codes to access, which could give an impression of where people are coming from, Abbott says.

A four-lane road currently separates Tom Lee Park from downtown Memphis. The street is bookended by entrances to expressways, so drivers often treat the road like a highway, according to Abbott. Crossing several lanes of speeding traffic could be an intimidating barrier for park-bound pedestrians. But once the park opens and visitors accumulate, there is a possibility the road will be reduced in some way.

Though there are several phases of riverfront development yet to complete, the miles of riverbank will give residents a chance to look out on the ultimate reason why Memphis exists in the first place. “I’d put our position at the widest and wildest point of the Mississippi up against anybody,” Abbott said. “It's really unparalleled, and we're lucky to be here.” 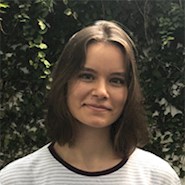