In landslide-prone areas, earthquake effects can extend for years

As the rumblings of an earthquake ripple through the Earth’s crust, landslides can also be shaken loose. Landslides can fail either during the earthquake or moments afterward, and they pose significant dangers to downhill communities and infrastructure.

While co-seismic landslides have been studied in detail, the fate of existing landslides in the days, months, and even years after an earthquake has been largely ignored. In a new study in Nature Communications, researchers dig into how landslide movement is triggered long after earthquake shaking stops.

“Most landslide movement happens over years or decades,” says Stefano Utili, a geotechnical engineering professor at Newcastle University, in Newcastle, England, and a co-author of the study. “Sometimes moments are so small that unless you have a satellite or a tool that you put in the ground, you don't even notice.” But he says that all over the world, there have been uncharacteristic landslide movements occurring long after earthquakes. “The question is: When you have an area that has landslides, where should we be worrying?”

The team focused its study on the Umbria region of central Italy, near the epicenters of four earthquakes that occurred in 2016 and early 2017. The earthquakes ranged from moment magnitude 5.5 to 6.6, and the aftermath was devastating — more than 300 people were killed, and the shaking damaged many buildings and transportation routes. While the immediate destruction was substantial, the researchers wanted to understand the rippling effects on the landscape in the months and years following the earthquakes.

To determine which areas to focus on, the researchers used the Italian national landslide inventory (IFFI) database to identify mapped landslides in the region. They looked at six years (2014-20) of imagery from InSAR satellites, from before and after the earthquakes. The researchers then compared the images to measure the displacement rate for each landslide, monitoring how the ground movement changed over time.

Using images from before and after the earthquakes allowed the researchers to separate ground movement that occurred from typical triggers — such as seasonal movements or a large rain event — and quantitatively classify their impacts on landslide acceleration.

They discovered 819 earthquake-accelerated landslides, or EALs, in central Italy. The researchers found that after the earthquakes, the movement of most EALs accelerated for more than a year, then remained elevated but stable for another 18 months. Around three years after the initial earthquakes, movement decelerated toward pre-earthquake velocities.

Finding EALs isn’t easy, especially in highly vegetated areas. “I think the key point was to have an inventory of landslides,” Utili says. He added that having the IFFI mapping was crucial for the validation of the team’s modeling.

Bill Burns, an engineering geologist at the Oregon Department of Geology and Mineral Industries, echoes the need for thorough landslide mapping for risk identification and mitigation. However, Burns, who was not involved in the study, suggests lidar may be the most helpful in determining where landslides are located.

Burns says that while InSAR has been used in Oregon and has successfully identified active landslides, it is likely missing the majority of active slides because of the region’s dense vegetation. “Future advancements in InSAR methods may someday become better, enabling the technology to see more active slides in dense vegetation regions, which would be helpful in Oregon,” he says.

While the InSAR monitoring method is not currently the best option for Oregon, Burns says the researchers’ study inspired him to consider other ways to monitor Oregon landslides. “It made me think about risk a little more and the ways we can improve our understanding here in Oregon — I do think that some sort of monitoring is absolutely the next step,” in hazard mitigation, he says.

“In many ways, each landslide is unique,” says Burns. “It’s not like some other hazards, where you can generalize — it becomes site specific very quickly.” A better understanding of EALs and landslides can help with long-term mitigation efforts like implementing housing development regulations. But Burns also notes that such monitoring can also be helpful in keeping emergency responders safe after they enter an area in the days and months after an earthquake. “If these things are still moving, (emergency responders) might need scientists to tell them,” Burns says. “We don't want emergency responders lost on a road while it's moving.”

Utili warns that relying only on a mapped, pre-earthquake landslide inventory for hazard mitigation can mean that scientists are using outdated information. “An inventory gets updated every maybe 10 years,” he says. “If you have an earthquake you need to understand that it’s not business as usual — you need to update your inventory.”

By investing in a monitoring program like InSAR, Utili says researchers can identify EALs more quickly and monitor areas long after earthquakes.

Utili says he hopes the team’s work can help guide hazard mitigation officials on where to focus their efforts. Risk assessments are a tool used to prioritize mitigation efforts, says Utili. But “if the risk assessment is wrong, you are ineffective in the way you do mitigation because you are giving money to the wrong area.” 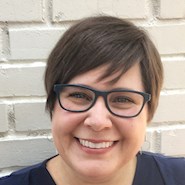