Seeking change in ASCE and the nation

Since becoming ASCE president, I’ve been hosting an “Ask the President” town hall event on the first business day of each month. Recently, I’ve focused on two major developments within the Society: student voting and ASCE’s 2021 Report Card for America’s Infrastructure.

Timed with ASCE’s elections, the May town hall focused on student voting. This year, eligible members will have the opportunity to vote on several important issues. One is whether to allow student members to vote — an idea proposed to the Board of Direction last year. In October 2020, the board voted to allow students to vote, passing the measure with a landslide endorsement of 17-1. Since it requires modifying the ASCE Constitution, membership has the last say on the proposal. I urge you to vote “yes” on this issue for the following reasons:

2. We keep saying “students are the future of our profession.” Now is the time to show them we respect them by giving them the right to vote.

3. About 100 years ago in our country, women could not vote. Today, the idea of women not voting is unthinkable. I hope we will feel the same way about students voting.

4. Some say students do not pay dues. While not directly to ASCE, they pay dues to their chapters, anywhere from $10 to $100 per year. Also, you and I are paid to be civil engineers, while students pay tens of thousands of dollars in tuition and fees every year to become civil engineers. So, to me, students have a major stake in civil engineering and in ASCE.

5. Some say students don’t know about ASCE. I can assure you that when I became a member in 1979, I didn’t know much about ASCE. But I studied the proposals and used my own judgment to decide. Civil engineering students are bright and can make well-educated decisions.

6. Some say they will skew the elections. First, it’s unlikely that all students will vote. Currently, only about 7% of all eligible ASCE members vote during election time. So, student voting may motivate many members who should be voting but aren’t.

At the April town hall event, I highlighted the 2021 Report Card for America’s Infrastructure following its release in March, and the 2021 ASCE Legislative Fly-In, during which some 250 members met with their representatives in Congress to advocate for major infrastructure funding.

Released every four years, the report card is created through a very rigorous and time-consuming process. It includes hundreds of volunteers and staff studying data in 17 infrastructure categories, leading to grades voted on by the Committee on America’s Infrastructure. I wish to thank Kristina Swallow, P.E., Pres.18.ASCE, chair of that committee, and all committee members for a job well done.

The 2017 report card gave America’s infrastructure a D+. The 2021 grade is a C-. While this shows progress, we still have a long way to go to get an A.

America’s infrastructure is ranked 13th in the world by the World Economic Forum! Based on extended trends of needs and investment, ASCE estimates that each American household will lose an average of $3,300 a year in disposable income due to declining infrastructure. The average number of households projected from 2020-2039 is 140.6 million. Multiplying the average lost annual disposable income by the average number of households over the next 20 years — 140.6 million — ASCE estimates households will lose $468 billion every year over the next 20 years, when factoring in inflation.

Meanwhile, ASCE estimates it will take roughly an additional $259 billion a year for the next 10 years to bring our infrastructure back to a state of good repair.

The time is right for a massive infrastructure bill to pass as infrastructure has bipartisan support and would revive our economy after the COVID-19 pandemic. Infrastructure is not just concrete and steel. It’s also schools, hospitals, parks, health care, and a good quality of life for everyone. Please take any opportunity you may have to convey that message to your congressional representatives.

If you have questions or comments to help solve some perceived problems, please email me at [email protected]

This article first appeared in the May/June 2021 issue of Civil Engineering. 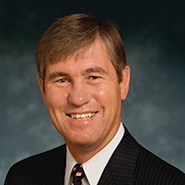