From soldier to civilian — but always an engineer

I wish I’d known about the key differences and similarities between civilian and military civil engineering work as I transitioned between the two. After 20 years in the military — eight as an active-duty U.S. Air Force officer and 12 in the reserves — and now roughly 15 years in the private sector (plus a short stint when I was recalled to active duty in the early 2000s), I have had a foot, and boot, in both worlds. A critical lesson I learned from each experience is the importance of teamwork, though the actual form of the teams and the requirements to make things work smoothly can be quite different.

In the military, there is a very clear chain of command. You know exactly to whom you report and who reports to you. In the private sector, however, many members of your team might work for other companies, various government entities, or even different managers within your own organization. And while this technique should be used sparingly, you can simply order people in the military to do something, and they must follow; this technique is not received well in the civilian world. Of course, if you want to be a good manager and team leader, you also learn that an authoritarian style of leadership does not really work in the military either, at least not for long.

In both spheres, it is essential to build trust with your team and empower other people. You can drive yourself crazy — whether in uniform or out — if you try to control every detail of a project yourself rather than empowering your colleagues. Instead, you need to seek out and value the opinions of others.

The technical challenges can be similar, whether you are constructing a new air base in a distant country or erecting new infrastructure in a fairly deserted, rural part of one of the states back home. For the military, though, these projects can involve something that is just a temporary facility. The pace is fast; you need to just get it done and make it “good enough” for the mission at hand. But if you are putting in something like a water system that will service several million people in a large metropolitan area for the next several decades — a community where you might live and work yourself — the impact on the public will be huge and long-lasting. You need to plan and manage things accordingly.

Ultimately, whether you’re meeting the short-term goals of a mission or serving the long-term needs of the public, it helps to keep this thought in mind: You’re not in this alone. Lead your team well, and they’ll help you get where you need to go.

Jeff Payne, P.E., M.ASCE, is an executive vice president in the Dallas-Fort Worth office of Freese and Nichols. He is a graduate of the U.S. Air Force Academy. He retired from the service in 2017 as a lieutenant colonel.

This article first appeared in the September/October 2021 issue of Civil Engineering as “Wish I'd Known.” 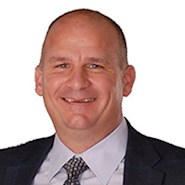