Virtual reality helps communities get the feel of natural disasters

Describing to lay audiences the potential damage that can be caused by catastrophic natural disasters is challenging. Imagine telling homeowners that there is a 2% chance in 50 years that there will be a severe earthquake that has a 30% chance of causing their home to collapse. To most people, this is not meaningful information, does not convey urgency, and does little to prompt them to prepare.

Most people will not understand that even if their home is spared, the rest of the community may suffer severe damage and take a long time to recover, which of course would also profoundly affect them. Even community leaders and planners may have difficulty imaging the real results of a natural disaster. For these reasons, risk awareness is low in many vulnerable communities, which leads to poor disaster preparedness and diminished community resilience.

Virtual reality is well suited to address this problem. Its immersive and highly realistic presentation has great potential for conveying key messages about the risks of urban disasters to users who experience it. For example, users embedded in an earthquake visualization can see buildings collapse, hear the intense crashing and rumbling noises, observe cars stopping and people freezing and cowering, and experience the overall damage across the community in the aftermath of the event.

Users in a hurricane scenario can see building envelopes detaching and becoming airborne and hear the overwhelming roar of wind mixed with the noises associated with wind-borne debris colliding into buildings. While this unfolds, the user can ‘fly’ through the impacted community and view the widespread destruction.

Immersion in simulations with different levels of hazards and preparedness has the potential to clearly highlight the importance of planning for natural disasters and designing resilience into a community’s critical infrastructure.

Funded by the National Science Foundation’s Office of Advanced Cyberinfrastructure, a multidisciplinary research team at the University of Michigan has developed a new VR experience under a project called Interdependencies in Community Resilience. The experience was developed using a game engine, Unity3D, that runs on a ubiquitous Microsoft Windows operating system and is displayed on the Oculus Rift VR headset.

The earthquake scenario displays the seismically induced collapse of reinforced-concrete, moment-resisting frame buildings of various heights and ages. The collapse process was precomputed using high-fidelity models, and the collapse of the buildings was simulated using a method developed by Omar A. Sediek, Ph.D., A.M.ASCE (one of the authors of this article). The buildings are located in a prototype district modeled after the downtown of a typical midsized U.S city.

The district is approximately 1.6 km by 0.8 km and includes roughly 740 buildings. The Mw 7.3 earthquake is modeled on the 1992 Landers, California, earthquake, as measured at the Yermo, California, fire station. In addition to getting audio feedback through their headsets, users in the VR scenario can either walk through or fly over the buildings to experience buildings shaking and collapsing.

Three different scenarios for hurricanes of varying intensities are also rendered in the VR system. The hurricane simulations are conducted using an engineering-based hurricane vulnerability model that estimates the damage to wooden residential buildings from dynamic wind pressures and the impact of wind-borne debris. The model is applied to a residential neighborhood in Miami that includes 513 buildings.

As it stands, the VR technology displays only precomputed results. This means that users cannot change the outcome of the scenario being visualized. However, it is feasible that in the near future the system can be linked to an ongoing simulation to create variable disaster games. For example, a user could push a building, causing it to collapse and block an adjacent roadway, then observe how the traffic reroutes and affects the arrival time of first responders.

Such simulations, if rendered in high fidelity, would require robust computational capabilities to ensure that the results do not lag and degrade the experience. If implemented, such tools, powered by validated computational models, would enable users to immediately visualize changes to a community’s resilience. For instance, they could convincingly demonstrate how seismic upgrades to older structures could influence the outcome of a severe seismic event.

The scenarios developed in this work are open source and free for public download at doi.org/10.17603/ds2-emwn-ys21. A sample video can be viewed at youtube.com/watch?v=79dp_Sl70wg. (The animations are also viewable on a regular computer screen for those who do not have access to VR headsets.) VR tools are becoming mainstream in multiple industries, including transportation planning, flight training, video gaming, and military exercises. Within the realm of disaster planning, they have the potential to enable compelling outreach to clients and the public. They can also become powerful teaching aids for classes on such topics as earthquake or wind engineering. And they can be useful tools for decision-makers.

This work was supported by the University of Michigan and the U.S. National Science Foundation through grant ACI-1638186. Any opinions, findings, conclusions, and recommendations expressed in this article are those of the authors and do not necessarily reflect the views of the sponsors. 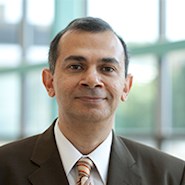 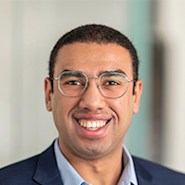 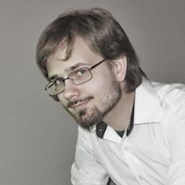 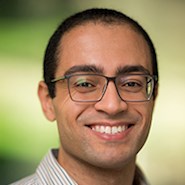 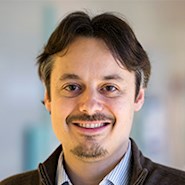 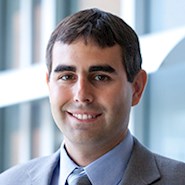