I wish I’d known when I was younger that it was OK to dream big. As a teenager I didn’t recognize that I had the potential to go to college and become a professional engineer. In Baltimore during the 1960s, students who wanted to be engineers generally attended Polytechnic Institute, a magnet school with a rigorous program in science, technology, engineering, and math. But instead of enrolling at Poly, I entered the drafting program at Edmondson High School, my neighborhood school. I had a great experience there, but it ultimately added three years to my path of becoming an engineer. If I had attended Poly initially, I could have gone directly into a college engineering program.

At that time, I did not dare to dream. Being a draftsman seemed enough.

After graduating from Edmondson, I enrolled in a community college drafting program and worked as a draftsman for Ewell, Bomhardt & Associates, a consulting engineering firm in Baltimore. I worked hard, observed the engineers around me, and was encouraged by them — as well as the woman who would eventually become my wife — to become a civil engineer myself. I was, at last, daring to dream!

I enrolled in the inaugural five-year engineering program sponsored by Morgan State University and Howard University, where I joined the student chapter of ASCE and served as its vice president. After earning my degree in civil engineering from Howard, I later obtained a Master of Science degree in traffic engineering from the University of Maryland, College Park. My dreams were definitely on a roll!

During my career, I held various positions in private industry and in the Baltimore City Department of Transportation, where I eventually became the division chief of the conduit division. Upon retiring from BCDOT in March 2011, I started my own consulting firm, Baker Engineering Services Inc., which launched a new dream that required a new set of skills.

Although I initially worked by myself, I eventually needed to hire a staff. This taught me the importance of having a tax lawyer, an accountant, and other appropriate employees to keep my business and personal finances separate. I learned about issues involving payrolls, taxes, employee health insurance, advertising, and other essentials of running a business.

Most importantly, though, I learned you can dare to dream. Because when you dream, you realize your potential.

This article first appeared in the November/December 2021 issue of Civil Engineering as “Wish I'd Known.” 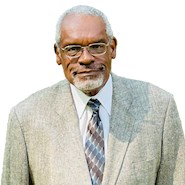