Why hustle will always beat brains

I wish I’d known the value of diversity when I opened my own business. I started what is now known as Ardmore Roderick in Chicago in 2005. I was just 29 years old.

Over the first decade in running my business, I came to realize that I could help the next crop of civil engineers get started as well. I could help shape what those engineers would look like in an industry that is still mostly run by white men. I could provide young, diverse engineers with opportunities for growth and advancement.

I started to recruit from outside the major schools in the Midwest, where most engineering firms in our region sought new employees. Instead, we turned to HBCUs — historically Black colleges and universities — such as Florida A&M University, Tuskegee University, and Howard University. We sought out people who had found nontraditional ways of entering our industry.

I became a firm believer that hustle beats brains — every time. This hustle shows that a person has a certain kind of grit. So rather than looking for candidates with 4.0 GPAs, we look at their experiences, at what challenges they had to overcome. Like the people who had 2.5 GPAs or who took longer than usual to complete their degrees because they had to support their families while working part time. Or people who earned associate degrees and entered the industry on the construction management side but wanted to become licensed professional engineers.

We also started to grant time off and pay for classes to help our employees prepare for the P.E. exam — and offered a substantial bonus when they passed.

Given privacy restrictions, it can be difficult to ask about people’s backgrounds. But the job candidates know what the market is looking for, and they want to explain why they don’t have a 4.0. They tell you their stories because they want to sell themselves.

Has it worked for us? We’ve had individuals with mediocre GPAs become our best employees, and we’ve had some 4.0 students who did not fit in well with our teams. There’s no perfect formula, but the ones who really had to work hard for their degrees tend to be the best entry-level employees.

Rashod R. Johnson, P.E., M.ASCE, is the president and CEO of Ardmore Roderick in Chicago.

This article first appeared in the March/April 2022 issue of Civil Engineering as “Wish I'd Known.” 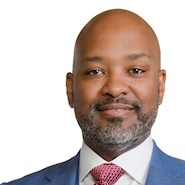