Learn the language of government

I wish I’d known earlier in my career the common language and policy framework that can help engineers succeed in the world of public administration budgeting and funding. It would have saved me considerable frustration.

In 1999, I was working as a program/project manager for the Harris County Flood Control District, in Houston, where I ran programs that were funded by our elected county officials. But while my entity struggled to get the allocations it needed, people from other departments seemed to present their budget cases in much clearer and more compelling ways.

Why, I wondered, are they getting fully funded and we’re not? Do they have some background knowledge or standard way of presenting their cases that I don’t know about?

The answer was yes — but fortunately there were ways to learn what they knew. Some can be guided by mentors while others might pick up this knowledge through on-the-job experience. I did it by earning a master’s degree in public administration and urban management from the University of Houston.

The courses, held in the evenings so students could continue their regular jobs, taught me how engineers can speak the language of elected officials and regulators.

It helped me make the case for how engineers can be part of solving problems from the beginning of issues right to the end, rather than just concentrating on narrow, technical details.

I was able to put this knowledge to use right away, even as I was still taking courses in organizational theory and public budgeting. Moreover, the combination of a civil engineering background with a public administration degree opened a door for me that I hadn’t known existed.

Through my involvement with ASCE, especially the Government Affairs department, I was able to get a congressional fellowship that brought me to Washington, D.C., for a year. Working directly with members of Congress and their committee staff, I learned the importance of developing personal relationships with elected officials. And I discovered that although people in government respect and trust engineers, they often don’t understand us or know how to talk to us.

Being able to explain the technical details behind a policy or program — in ways that elected officials and the general public can buy into — will help ensure that we get our messages across about legislation, funding, policies, and other measures that directly benefit society.

This article first appeared in the May/June 2022 issue of Civil Engineering as “Wish I'd Known.” 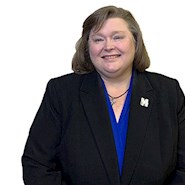