The Academy Museum of Motion Pictures in Los Angeles combines two structurally unique buildings: the renovated and seismically improved 1939 May Company Building — known since 2017 as the Saban Building — and a new, spherically shaped base-isolated structure that forms the David Geffen Theater.

The Academy Museum of Motion Pictures opened its doors to the public in September 2021 and by so doing invited the world into an unparalleled experience to see the art, artists, science, and social impact of moviemaking. The museum, with sweeping views of the Hollywood Hills, is a new centerpiece for Los Angeles — the international capital of moviemaking — and the largest museum in the world devoted to exploring films and film culture.

The museum was designed by international architectural practice Renzo Piano Building Workshop, with contributions to concept design by Los Angeles’ Studio Pali Fekete architects. Global firm Gensler was the executive architect. The project consists of a major interior and exterior renovation to the 1939 May Company Building (a longtime department store that was renamed the Saban Building in 2017 for the new museum’s benefactors Cheryl and Haim Saban) and a soaring, visually spherical addition that includes the 1,000-seat David Geffen Theater.

The new 45,000 sq ft glass and concrete building houses the Geffen Theater and the rooftop Dolby Family Terrace. The theater is located in a drum-shaped concrete structure that is topped with a glass canopy to create the visual sense of a spherical building. The theater will feature daily screenings, major film events, performances, and lectures.

The new theater is connected to the Saban Building with three steel-and-glass bridges, each a different size. The mezzanine bridge is the longest at 64 ft long by 16 ft wide and about 8.5 ft tall. The second-floor bridge spans 45 ft and is 8 ft wide and 8.5 ft tall. The fifth-floor bridge is a 60 ft long by 12 ft wide span that is also about 8.5 ft in height. Two bridges have been named for entertainment world luminaries: Visitors can access the new building from the Saban Building via the Casey Wasserman Bridge at the mezzanine level, which crosses over to the Geffen Theater, as well as by the Barbra Streisand Bridge on the fifth floor, which crosses over to the Dolby Family Terrace.

At the base of the new spherical addition, at the northern entrance to the museum, is a new piazza, dubbed The Walt Disney Co. Piazza. This space features landscaping designed by artist Robert Irwin, along with work by LRM Landscape Architects and the project’s civil engineer, KPFF Consulting Engineers. The area includes dwarf southern magnolia trees, karo shrubs, California fan palms, vinca minor, Mexican fan palms, and jacaranda trees.

The 150 ft diameter drum-shaped concrete theater and rooftop terrace are composed of reinforced concrete. As a time-saving strategy to construct the theater’s exterior curved walls, a partial steel structure was built to support 690 exterior precast concrete panels measuring 4 ft wide and up to 13 ft tall, each weighing 1 to 2 tons. Once these were placed, the panels themselves provided the formwork for structural shotcrete to be placed on their interior sides. The glass-curtain-wall canopy that tops the concrete structure partially encloses the rooftop terrace.

While the existing Saban Building was in good condition overall, it did present various challenges. For one, some areas of the roof slab had been subject to water intrusion, which led to calcification of the concrete and rusting of reinforcing steel, which were removed and replaced in the project. The building exterior also had evidence of water intrusion, though the damage was primarily limited to connections of the stone facade and connections to the concrete walls. A thorough inspection of all exterior stone panels was conducted to ensure that anchors were replaced where necessary.

Despite this, the interior portions of the Saban Building structure were in very good condition.

Working closely with the architects and conservation firm John Fidler Preservation Technology, the project engineers studied the original building to determine which elements could be saved and reused and which could not. In the latter category were the original mechanical, electrical, and plumbing systems within the historic building, as each was at the end of its useful service life. For this reason, Buro Happold designed new MEP systems for the existing building to support the new museum program.

For the spherical theater building, in-depth analysis argued for an unusual base-isolation system. The building is thus seismically isolated from the ground and supported by four mega-columns. These mega-columns extend 15 ft below grade and are supported by two 7 ft thick pile caps, each with 43 auger cast piles with 24 in. diameters, which extend 90 ft below grade.

The design employs eight base isolators set 15 ft above grade and exposed as design elements. To address the seismic challenges, the base isolators allow the spherical structure to move up to 30 in. in any direction during an earthquake.

At the same time, the Saban Building’s retrofitting is designed to limit movement. As such, connecting the new structure to the existing Saban Building introduced significant challenges for civil engineers KPFF and Buro Happold, the project’s structural engineer, MEP engineer, lighting and environmental designer, energy modeler, and information technology consultant.

The original spread footings in the Saban Building were in good condition and left unchanged. New concrete shear walls and foundations were added that are supported by 12 in. diameter micropiles extending to 75 ft below grade. These micropiles were also used to resist hydrostatic pressure and tie down the building’s new slab-on-grade foundation below the Ted Mann Theater.

Because the buildings will behave so differently during an earthquake, components between the two structures — including circulation bridges and stairs — required flexible connections to allow the Geffen Theater building to move and the Saban Building to remain fixed during a seismic event.

All the connections were custom designed and are architecturally exposed, so form and function were given equal weight during the design process.

There are two emergency egress stair towers, one on either side of the spherical theater building. The stair towers sit on the ground and connect to the sides of the building at multiple levels — a significant design challenge because of the 30 in. of differential movement in any direction that is anticipated between the building and the ground during an earthquake.

To resolve this, Buro Happold developed a structural solution that decouples the gravity and lateral load-carrying systems of the stairs. Vertical gravity loads are transferred directly to the ground through long slender columns that anchor to “stationary” foundations, which are not seismically isolated. The slender stair columns are 6 in. by 6 in. wide flanges — I-shaped sections — with unbraced lengths of approximately 25 ft.

Lateral earthquake loads are transferred to the theater building’s structure through beams at each floor level, which also push on the stairs when the building moves on its base isolators. Lastly, hinges are introduced at the top and bottom of each column to prevent lateral loads from being transferred through them and to accommodate the movement of the building without damaging the stair structure. In the event of an earthquake, the building moves on its base isolators and the column hinges allow the stair columns to “lean over” so that the upper portion of the stairs can go along for the ride.

These joints are hinged in two perpendicular axes, which effectively allows rotation and translation in any direction. The column hinges that were developed for the stairs were custom designed to accommodate the anticipated displacements of the theater building and the calculated gravity forces from the stairs above. The finished column hinges were cast from high-grade carbon and stainless steel alloys, providing a streamlined construction and fabrication process and ensuring a high-quality final product that is aesthetically pleasing and will perform over the life of the building.

The Academy Museum’s buildings have been awarded Leadership in Energy and Environmental Design Gold certification by the U.S. Green Building Council. Lead contractor MATT Construction executed the innovative and sustainable vision of Buro Happold, Renzo Piano Building Workshop, and Gensler under the supervision of the museum and the owner’s representative, Paratus Group.

According to the museum’s leadership, the project’s sustainability efforts have focused on four primary areas:

Essential to achieving sustainability targets was the Academy Museum’s early decision to focus on green building goals and incorporate the adaptive reuse of the existing historic building.

As the organization has stated, “Adaptive reuse projects extend the life span of existing structures, reduce waste, conserve resources, and create a smaller carbon footprint than new buildings, as they relate to materials manufacturing and transport.”

The museum opened with 50,000 sq ft of gallery space devoted to exhibitions that honor its mission to share the diverse and dynamic history of cinema with the world. This includes a three-floor core exhibition, Stories of Cinema, as well as many temporary exhibitions that exemplify the Academy Museum’s commitment to advancing the understanding, celebration, and preservation of cinema, including the first-ever Hayao Miyazaki retrospective in North America.

Stories of Cinema extends 30,000 sq ft and is designed by WHY Architecture. It explores all aspects of the history, arts, and sciences of moviemaking. Drawing from the Academy Museum’s growing collection as well as the unparalleled collections of the Academy of Motion Picture Arts and Sciences, the exhibition surrounds visitors with moving images, sounds, props, costumes, scripts, posters, production and costume design drawings, matte paintings, photographs, backdrops, animation cels, puppets, maquettes, and much more.

The leaders of the Academy Museum eagerly plan to engage visitors in accessible, multifaceted conversations about the history of filmmaking and the impact that cinema has on everyone’s life.

This article first appeared in the September/October issue of Civil Engineering as “Celebrating Film.” 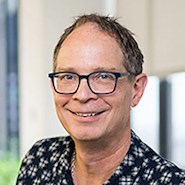