5 things you didn’t know about the Sydney Opera House

1. The international design competition held in 1957 attracted 233 entries. Danish architect Jorn Utzon’s winning design drew mixed comments from local architects. One said it looked “like an insect with a shell on its back that had crawled out from beneath a log.” One woman described the design as “looking like a piece of Danish pastry.” World-famous architect Frank Lloyd Wright dismissed the design as “reckless.”

2. The first fundraising event for the project was a kissing party where kisses were sold for $100 each. The Sydney Opera House was otherwise mostly paid for by 496 lotteries, not by public funds.

3. Utzon was inspired by the Chichen Itza temples in Mexico when planning the podium as a base for the Opera House.

4. A 1968 BBC documentary, Autopsy on a Dream, declared the project to be “a failure.” However, the Sydney Opera House became Australia’s national icon and a UNESCO World Heritage Site. It attracts up to 8 million visitors each year.

5. The first artist to perform at the Opera House was African American vocalist Paul Robeson. He performed during construction, years before the project was completed.

Members of ASCE’s History and Heritage Committee have been learning fun and interesting facts about HCELs around the world to share in the 5 Things You Didn’t Know About … series. As the committee continues to build an inventory of all HCEL projects, committee members and other volunteers have been visiting sites to photograph landmarks and ASCE plaques as well as assess their conditions. If interested in volunteering to help the committee record these landmarks, please contact committee chairman David Gilbert at [email protected] 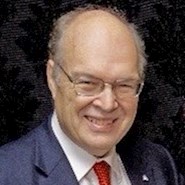