2/15/2022
6 MIN READ
ASCE’s Texas Section formed a Beyond Storms Infrastructure Network Resilience Task Committee to assess the aftermath of February 2021’s severe winter storms in Texas, determine what happened and why, and develop recommendations for future change. In this Member Voice article, the task committee’s chair, Geoff Roberts, shares some highlights from that investigation as the Texas Section prepares to release its report.


In the early morning hours of Feb. 15, 2021, most Texans were sleeping soundly, resigned to the reality of the extreme winter weather from winter storms Uri and Viola battering every corner of the state, but comforted in the belief that the electric system was reliable with service available at the flick of a switch.

In reality, reliability and resilience were not in balance but instead teetering on the edge. A series of problems overwhelmed the fragile balance and turmoil cascaded through every sector of the essential infrastructure serving Texas.

The scale of the tragedy that emerged in the storms’ aftermath included more than 200 Texans who lost their lives and substantial and lingering economic impact to the entire region that has been estimated to exceed $200 - $300 billion in addition to disputes and securitizations. The economic impact of Uri and Viola was greater than the impact from either of the two costliest hurricanes in U.S. history, Harvey ($145B) or Katrina ($161B). By comparison, in 2019, Texans spent around $37 billion on retail power during the entire year.

Regardless of the metric, from public safety to economic impact, Uri and Viola deserve a comprehensive response to prevent recurrence. Starting during the peak of the storms, the members of ASCE’s Texas Section volunteered to begin unraveling what happened and to develop just such a response – the ASCE Texas Beyond Storms Infrastructure Network Resilience Task Committee.

There is no effective tool to allocate specific responsibility for what impacts were directly from the weather itself, what was directly impacted by the failure of the electric system, and what were indirect impacts. However, the committee believes that the failure of the electricity grid was directly and indirectly a material contributor to the economic harm and human tragedy experienced from the winter storms. The committee also determined that the problems uncovered by the severe storm extend well beyond storm-related issues. Texas has a substantial and growing electric system reliability and resilience problem.

A reliable and resilient electric system in an increasingly electrified economy is critical to the safety and economic health of all Texans. There is a view that reliability deterioration is an inevitable part of the “cost of transition” underway in the energy sector. However, because of the extreme costs of reliability failure, it is reckless to believe that the energy market transition should somehow be used as justification for reliability declines and extended load-shedding events. For energy transition to work effectively and be accepted, it must occur without any sacrifice to reliability and resilience. ASCE Texas Section’s urgency is driven by the conclusion that the failures that caused the overwhelming human and economic suffering felt last February will increase in frequency and duration due to legacy market design shortcomings, growing infrastructure interdependence, and economic and population growth drivers, even if the frequency and severity of weather events remains unchanged.

Critical infrastructure requires large, routine capital expenditures to support expansion, maintenance, and operations to meet demand, also known as revenue sufficiency. Policies, regulations, and market actions that distort, constrain, or negatively impact the flow of capital to needed investment starve reliability through deferred expansions, delayed maintenance, and reduced reliability investment. This pattern of deferral and avoidance results in a costly “run to failure” outcome followed by surprise that reliability and resilience were somehow compromised. It also answers some of the most troubling questions identified during the analysis:

To understand the root cause of the winter storm Uri and Viola problems, it was necessary to look beyond (1) the physical infrastructure and include (2) the impact of regulations that apply to the use of the infrastructure, and (3) the markets themselves.

The energy infrastructure system works or fails by how well these three legs of the energy market work together. In analyzing this “energy market stool,” the committee identified two related problems: (1) a failure to support reliable dispatchable power generation, and (2) the negative impact from sources of intermittent subsidized electric power generation. This assessment concludes that

The next most consequential contributor to reliability degradation is the relentless creep of interdependence between infrastructure sectors, which contributes to increasing the fragility of each system(s) and sets the stage for cascading failures across sectors. Interdependence occurs when the reliability of one sector is mutually dependent on the reliable performance of another sector. The impacts of interdependence will continue to deteriorate reliability without action – but proactive steps can be taken. The impacts can be mitigated, fragility improved, and reliability enhanced by implementing a series of actions that

The remaining key contributors to reliability degradation work in more subtle ways. These contributors include rules, policies, and regulations that create negative impacts to reliability instead of enhancing them, resulting in a legacy ERCOT philosophy and culture that has prioritized low cost to the detriment of reliability.

Determining the costs to rectify these problems is a very complex issue. However, one simplified approach considered an existing capacity-based power market structure that explicitly pays for reliability, and, for an indicative answer, expects a less than 5% increase to prices in ERCOT. The sense of this relatively modest level of notional investment for the benefits of improved reliability and resilience, compared with the recent cost of failing to prioritize reliability, is overwhelmingly obvious.

There are five network recommendations for focused improvements:

Read an executive summary of the committee's report, Reliability and Resilience in the Balance. 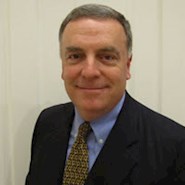