The first transcontinental railroad of the United States is like many other historic civil engineering milestones. It is difficult for us to imagine, 153 years after its completion in 1869, what the world was like before it.

In the early decades of the 19th century, the United States’ interests in the Pacific Coast were minimal. It was far from the young nation’s centers of population and travel to the West was hazardous and time consuming.

In 1862, Congress authorized the Union Pacific Rail Road to build westward from Omaha and the Central Pacific Railroad to simultaneously construct eastward from Sacramento, the two to meet at a point to be determined. The joined Union Pacific and Central Pacific lines would become North America’s first transcontinental railroad. The challenges facing engineers to plan, design, and construct the railroad would be hard to overestimate.

If any one person could bring the challenges to a successful conclusion – or more importantly, if any one engineer could bring the project to a success – they might be crowned with laurels and enter the pantheon of engineering immortals. Such was Grenville Mellon Dodge.

The ASCE History and Heritage Committee has inducted Dodge as a Notable Civil Engineer.

Here are five things you didn’t know about Dodge:

2-In May 1866, Dodge became chief engineer of the Union Pacific Railroad. He was also elected to Congress in that year but spent most of his time working on the railroad and did not seek reelection after one term.

3-Dodge played an important part (technically and administratively) in the 1872 bridge over the Missouri River between Omaha and Council Bluffs, the work that connected the first transcontinental railroad with the eastern United States.

4-Dodge was involved in constructing, engineering and/or surveying more than 60,000 miles of railroads, including the Texas & Pacific, the Missouri-Kansas-Texas, and the Fort Worth & Denver City. He conferred with German and Italian engineers who built a tunnel under the Alps and consulted in the construction of the Russian Trans-Siberian Railroad.

5-At Dodge’s funeral in 1916, Dr. J. T. Jones delivered a eulogy for a “born engineer, a great soldier, a man of inflexible will, invincible courage, unswerving loyalty, [and] sound judgment …”He quoted scripture with particular insight into the duty of the Union Pacific and Central Pacific engineers, "Every valley shall be exalted, and every mountain and hill shall be made low; and the crooked shall be made straight, and the rough places plain."

As the committee continues to build an inventory of all ASCE Historic Civil Engineering Landmark projects, members of the committee and other volunteers have been visiting sites to photograph landmarks and ASCE plaques as well as assess their conditions. If interested in volunteering to help the committee record these landmarks, please contact committee chair David Gilbert at [email protected]. Learn more about the committee’s work and the ASCE landmark program.

This article is a series of monthly features that the ASCE History and Heritage Committee offers on topics related to the history and heritage of civil engineering.

Committee members have been researching and writing biographies of ASCE Notable Civil Engineers. If interested in volunteering to help the committee document and preserve the histories of notable civil engineers, please email Dick Wiltshire, committee chairman, at [email protected] 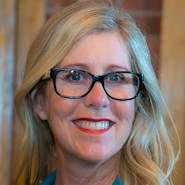