As Austin, Texas, and its surrounding suburbs have continued to grow over the years, the commuters in the area south of the city, near Buda, were in need of a faster way to reach Texas State Highway Loop 1, a 25 mi long freeway that provides access to the west side of Austin. With no direct access, drivers were using local roads — including Brodie Lane and Slaughter Lane (shown on the map) — as commuter corridors. These local roads, which were never designed for this level of traffic, became increasingly congested, with signalized intersections exacerbating the problem.

But it was not just commuters who were inconvenienced. Neighbors became concerned about the speed and volume of commuter traffic on their local roads and expressed concern about their decreasing ability to exit their communities safely. A solution was needed.

The resolution came in the form of Texas State Highway 45 Southwest, an innovative, 3.6 mi, four-lane toll road that was built on state property between Farm to Market 1626, north of Buda, and the Loop. The new connection, which includes a 4.5 mi pedestrian/bike path, reduced local street traffic, increased safety, and reduced commuters’ travel times, bringing relief to the rapidly growing region. However, the solution was not easy; the construction path was through a very environmentally sensitive area.

Forward motion on SH 45SW actually began more than 30 years ago, in August 1989, with the approval of a final environmental impact statement on a proposed six-lane parkway. The land through which the new highway was to be built is incredibly close to the Edwards Aquifer, a resource providing drinking water to millions of people and serving as the main water supply for agriculture across Central Texas. Road construction through this precious resource drew a great deal of attention. Numerous community involvement meetings, route changes, right-of-way acquisition activities, court decisions, and funding efforts changed the project’s scope and ate up time.

The Texas Department of Transportation had originally planned for construction to finally begin in 2009, but budget issues brought the proposed construction to a halt. After five years of deliberation and discussion, the commissioners of Travis County, through which most of the project would extend, approved construction and $15 million in funds toward the project. Other parties to those deliberations were the City of Austin; Hays County, which a small part of the project traverses; the city councils of Buda and nearby Kyle; TxDOT; and the Central Texas Regional Mobility Authority.

A new draft environmental impact statement was completed in June 2014 after two public open houses in 2013 and more than 60 stakeholder meetings held with different local neighborhood and community groups. TxDOT issued a record of decision in March 2015.

TxDOT then selected Rodriguez Transportation Group as the engineer on the project, and RTG worked with CP&Y Inc. and the Mobility Authority to prepare a new environmental impact statement. This statement made protection of the aquifer and the surrounding environment a top priority. McCarthy Building Companies was awarded the construction contract in August 2016, and work began in November.

At the beginning of the project, the team came together to form a technical working group that agreed to protect the Edwards Aquifer by using best management practices that exceeded those measures mandated by regulations related to stormwater management and the protection of water quality. All the partners committed to using innovative design paired with high-quality construction practices to ensure that the project protected the sensitive environment and met the transportation needs of the public.

When any issue arose, whether it involved environmental impact, quality, schedule, or something else, the team gathered to find a solution that everyone agreed on. Because the team members practiced transparency throughout the project and established trust with one another, negotiations proceeded smoothly and quickly.

Additionally, there was a predetermined collaborative process developed in consultation with the Texas Commission on Environmental Quality. Its role was to approve the water pollution abatement plan before construction and to approve void mitigation measures during construction. At the beginning of the project, this collaborative process took up to three weeks per issue. By the end of the project, the process was reduced to less than one week in most cases. This was a significant benefit of the trust developed between the team members.

Because of the high-profile environmental issues and the requirements that came with them, meaningful stakeholder involvement, openness, and clear communications were of the utmost importance on this project. To achieve this, an independent environmental compliance manager (IECM) conducted 36 collaborative joint inspections with regional and state agency stakeholders. These site visits resulted in confidence among all critical parties that the project’s innovative ­water-quality protection and stormwater management measures would be effective. Among these were the use of permeable pavement and solar-powered water-­quality detention ponds.

The aquifer exhibited karst features, which meant that there were many areas by which water could enter the aquifer. The discovery of karst also had the potential to lead to delays as the features were identified and treated. The IECM frequently led in-depth meetings to ensure everyone on the team understood the challenges of working over an aquifer with karst. McCarthy created an effective team dedicated to handling environmental issues as soon as they arose. As new subcontractors and other personnel joined the project team, they underwent training on this issue as well as other environmental issues affecting the project, which reduced missteps that could have caused delays.

The project was developed under the heading of a transportation-conservation landscape. This meant that one-third of the total right of way (95 acres) was excluded from the construction footprint to conserve native woodland and preserve and protect 20 known Edwards Aquifer recharge features, such as caves, sinkholes, and solution cavities. More than 10,000 trees were surveyed during the initial data collection effort before construction, and the design was refined to preserve many trees, enhancing the overall aesthetic of the highway and further conserving the environmental features.

The project also included a prohibited activity layout, which designated an area in which materials staging, vehicle parking, fueling or fuel storage, restrooms, or washouts would be disallowed. This area covered approximately 60 percent of the project, and its existence meant that detailed planning would be required. In some cases, materials had to be relocated up to half a mile away if a given phase of work was not completed by the end of that day.

Keeping environmental effects in mind also extended to construction materials and debris. Any resources unearthed at the site had to be used on the project; they could not be hauled away. In one instance, McCarthy established an on-site rock-crushing operation to deal with an excessive quantity of large boulders that could not be used for embankment fill. The crushed rock was then reused elsewhere on the project. This task was challenging because of the limited width of the site; only one location could be permitted for this operation because of the prohibited activity layout.

An additional step taken during construction to protect the environment and the people who lived in the communities nearby was designing eight solar-powered water-quality batch detention ponds for permanent stormwater treatment. As part of innovative construction phasing, these ponds served as temporary sedimentation basins during construction. The ponds are the first of their kind in Central Texas, treating runoff with a specialized actuated valve system and impermeable liner that prevents groundwater contamination.

The project and ponds have communication capabilities to alert community authorities of maintenance requirements or of environmentally harmful spills, should they occur. Once sensors are activated during a rainfall event, they set off a timer that will open the valves to allow the ponds to drain. The default position is closed. If a hazardous material spill occurs, the Traffic & Incident Management Center — the organization responsible for monitoring the ponds — is able to override any operational systems to close the ponds, trapping the hazardous material and keeping it away from the public and the community.

To minimize the potential impact of construction on the aquifer and the karst features, the design called for the highway to be constructed aboveground rather than belowground. To minimize the amount of excavation and avoid potential environmental disruptions, McCarthy added fill to the area. By building the subgrade up, crews were able to conduct much of the “underground” work within new fill rather than in existing material. The highway could have been constructed for less money if it had been built at grade — but doing so would have exposed the project to the possibility of more encounters with the aquifer system.

Additionally, to reduce impact on the surrounding environment, the highway does not have frontage roads. Instead, it has only one crossroad with a single on-ramp (westbound) and an off-ramp (eastbound). The intersections to the east of the project are controlled by a traffic light and to the west by an interchange. The project also includes eight new bridges and four bridge widenings. One spans a karst feature, and four served to widen existing bridges.

A permeable friction-course asphalt was used for environmental and safety benefits despite the fact that it is sometimes more difficult to place and more affected by variances than traditional asphalt. By following a prescribed paving method, which included an International Roughness Index test on the Type C binder course before placement, bumps in the final surface course were dramatically reduced.

The PFC allows water to enter the asphalt, from which it is filtered before entering ditches and other drainage structures. The permeable pavement reduces the chances of vehicles hydroplaning and improves safety by reducing noise and improving visibility. The paving methods resulted in two awards from paving associations: the National Asphalt Pavement Association’s Quality in Construction Award and the Texas Asphalt Pavement Association’s Quality Asphalt Pavement Award. The highway project has also received eight additional awards for innovation and environmental protections taken throughout the project.

However, one of the most notable innovative features of this project is the highway’s wrong-way driving technology. The first of its kind in Central Texas, the system actively monitors and detects wrong-way entrants at four locations, deploys countermeasures, and alerts drivers, first responders, and the Traffic & Incident Management Center. To date, more than 70 wrong-way drivers have been alerted, with all but two self-correcting.

Despite a few construction and environmental challenges, the project was delivered 64 working days ahead of schedule and $3 million under budget. Because of that, the Mobility Authority was able to add additional desired amenities to the project without impacting the overall project schedule or going over its budget. These desired amenities included monument signs, expanded kiosk signage, wayfinding poles, and additional informative signs throughout the shared-use path.

State Highway 45SW opened in June 2019 and offered immediate relief to drivers in Hays and southern Travis counties; it will provide additional benefits as the population continues to grow. By redirecting commuting traffic off local roads, the arterial streets will better serve their primary purpose of accommodating local neighborhood traffic. During rush hour, drivers who use the new 45SW save up to 17 minutes in travel time to central Austin. The alternative to gridlocked neighborhood streets also improved air and water quality.

State Highway 45SW is an exemplary model for environmental commitment, multijurisdictional collaboration, and excellence in civil engineering design, construction, and technology. The extensive environmental precautions taken proved successful in many ways, including the fact that there were no environmental violations. The partnership, collaboration, and trust between McCarthy Building Companies, Central Texas Regional Mobility Authority, Rodriguez Transportation Group, and the city and county stakeholders are truly what made this project a success for the community and the environment.

This article first appeared in the March/April 2021 issue of Civil Engineering as “Highway with a Higher Purpose." 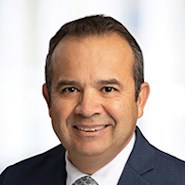 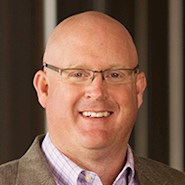