As part of their pavement management program, airport officials at Austin-Bergstrom International Airport in Austin, Texas, coupled two types of deflection tests to assess the condition of one of its runways. This pairing allowed them to determine whether partial rehabilitation or a complete and costly reconstruction would be necessary.

Austin-Bergstrom International Airport (AUS) in Austin, Texas, is the second-fastest-growing midsized airport in the United States, according to the airport’s website. An airport such as this must keep its runways in good condition to ensure operations run smoothly. Major repairs can be costly and halt operations, so many airport officials, like those at AUS, routinely monitor the condition of airfield pavement as part of their pavement management programs. This type of routine monitoring helps airports budget for necessary improvements, keeps maintenance costs down by catching problems before they progress, and increases safety by minimizing potential damage to aircraft.

The traditional approach to pavement evaluation is to conduct a surface pavement condition survey using the pavement condition index, which is sometimes supplemented by pavement coring or boring to verify the structural section. However, this traditional approach does not provide the entire picture of how the pavement is performing. Some airports and consultants recommend supplementing the PCI with nondestructive testing using technologies such as ground-penetrating radar or deflection testing with a heavy falling weight deflectometer to provide a more complete picture of pavement performance.

Deflection testing is an excellent complement to a PCI survey because it allows teams to get a true understanding of how the pavement structure responds to loading, instead of documenting only surface distress, which may be a result of other factors unrelated to aircraft loading. Rolling dynamic deflectometer testing provides continuous deflection information, which gives even more details about pavement performance than HWD testing.

AUS officials opted to use RDD testing on runway pavement because they had had the opportunity to observe its benefits at other airports. RS&H, a national architecture, engineering, and consulting firm, hired pavement engineering firm The Transtec Group to perform the airfield pavement evaluation because of the company’s extensive experience with evaluating and interpreting data from the RDD.

The primary evaluation included data collection of AUS’ two concrete runways — 17L/35R, which is 9,000 ft long, and 17R/35L, which is 12,250 ft long. Data were also collected from taxiways, maintenance ramps, and a portion of the general aviation apron. The data gathered were used to determine structural capacity, evaluate support conditions, aid in forensic analyses, and select design and rehabilitation alternatives.

During the evaluation, the engineers saw that runway 17L/35R was experiencing distress in touchdown areas earlier than anticipated. The team decided to conduct a more detailed evaluation by using RDD and HWD in tandem to perform deflection testing and assess pavement structural integrity on that runway.

Runways by the numbers

Airport runways are named based on their compass directions: 360 represents north, 270 represents west, 180 represents south, and 90 represents east. In a runway’s name, the last number is removed. Because runways can be accessed from either direction, they typically have two numbers associated with the name. Airports that have two parallel runways, like AUS, designate them with an additional L or R for left and right.

As such, runway 17L/35R runs in a north-south direction at approximately 170 degrees if heading south and 350 degrees if heading north. The 17L and 35R indicate that this runway is east of the adjacent parallel runway — 17R/35L. At AUS, the two are also referred to as the east and west runways.

Developed at the University of Texas at Austin, the RDD is a mobile, truck-mounted device that performs continuous deflection testing of pavement systems. The RDD generates and measures large dynamic forces that are applied to the pavement through loading rollers as a person drives a truck along the pavement at about 1 mph. The deflections induced by the dynamic loads are measured with multiple, specially designed rolling sensors. These measured deflections are indicators of the mechanical properties of the pavement system.

RDD testing allows users to assess the overall structural response and service life of a pavement structure; differentiate the relative stiffness of different regions of pavement; detect cracks, joints, and weak regions; and assess the performance of these cracked or jointed regions. An RDD also makes it possible to look for trends in pavement deterioration across a continuous data set and delineate the regions of the pavement influenced by joints and cracks.

In addition to general structural analysis, the continuous collection of RDD data can help identify differences in deflection responses related to various construction features — such as fills versus cuts — and drainage structures. It can also help in the identification of differences in pavement structural sections. Identification of these features is useful for conducting future structural evaluations, interpreting results, and optimizing future pavement maintenance and rehabilitation.

Although RDD testing can be completed at any time, airport officials chose to perform the test at night because runways must be shut down during the testing. The testing took about 1.5 hours per pass for a total of about six hours of testing in three passes, including setup for each pass. Approximately 22,000 deflection points were captured within the six-hour work window.

Each pass consisted of a continuous longitudinal trace in a north-south direction along the length of the runway. The passes were completed at three offsets from the centerline: 12 ft east, 12 ft west, and 37 ft west. The 12 ft offsets are within the keel of the runway where the majority of the traffic/wheel loading occurs. The outside offset (37 ft) has less traffic and can be used to compare how the pavement is performing with and without loading.

The deflection profiles collected were processed and converted to georeferenced shapefiles for viewing in Esri software ArcGIS Pro. Shapefiles are database tables with geolocation information to allow spatial viewing of data on a map. This process makes it easier to manage thousands of data points and layer multiple data sets for easy visualization and enables the engineers to see potential areas of concern and flag them for further evaluation.

The process of selecting the HWD test locations included conducting statistical distribution of data points, identifying trends, differentiating midslab deflections from joint deflections, and using 3D renderings (such as above) to select critical locations. During this process, the initial focus was on areas showing high deflections.

These data were then cross-checked against other outside information, including previous repair plans, in order to determine which panels had been replaced, the pavement condition based on recent surveys, and other limited historical information.

The HWD test measures pavement deflections at discrete locations, and the test equipment must be at a standstill at each test location. The typical testing frequency for HWD is every 100 to 250 ft, depending on the project requirements, goals, and available budget. The HWD works by dropping a weight onto a loading plate and applying a transient force on the pavement. Sensors spaced at set intervals then measure the pavement deflection. The HWD enables users to identify differences in pavement responses. However, the discrete testing makes it less likely to define exactly where changes occur, and it may miss other localized issues between test locations.

To find these localized issues, testing frequency would need to be increased, which would also increase the cost and duration of testing. Because the runways cannot be in use during testing, duration is a critical factor. Technology such as RDD testing can reduce disruption to operations, thus acting as a cost-saving benefit.

Because the team had completed RDD testing about two weeks prior, the engineers already had specific locations picked out for HWD testing, which was completed along the same three passes — 12 ft east, 12 ft west, and 37 ft west of the centerline. This was done to overlap the data and correlate deflections between the two testing methods. HWD deflection results were used to back-calculate the engineering properties of the pavement structure for use in additional structural analyses.

To provide an initial verification of the structural support of the pavement, an additional analysis was conducted using FAARFIELD, an airport pavement design and evaluation software developed by the Federal Aviation Administration. The software can estimate remaining pavement life based on past, current, and future traffic. The main inputs in the analysis included the airplane fleet mix, the modulus values derived from HWD back calculations for the various pavement layers, and the as-built thickness.

The results of the analysis confirmed that the majority of the runway pavement was structurally sound, but there were isolated areas where the pavement needed rehabilitation or maintenance. The continuous data collected with the RDD allowed for evaluation of each concrete panel and joint (at the specified offsets) to help determine the exact boundaries of potential repairs. AUS was able to avoid costly reconstruction of the entire runway by getting a better understanding of the performance of the runway from end to end.

Transtec’s continuous RDD analysis allowed the engineers to perform localized analysis of the critical areas. Traditional analysis of discrete HWD test points would require either performing the analysis on the average value for the entire runway or running an individual analysis on hundreds of deflection points.

Using the RDD reduced the number of test locations required by the HWD while increasing the amount of data collected and providing a more detailed picture of the actual structural condition of the pavement. This was especially important in the more detailed evaluation of 17L/35R, as the goal was to avoid a full reconstruction of the runway when only portions of the pavement were showing distress.

In addition, pairing RDD and HWD testing decreased interruptions to airport operations. The table above provides a comparison of deflection technologies based on several recent projects.

The primary focus of the entire evaluation was to provide baseline data to be incorporated into the airport’s pavement management program and to help with planning and budgeting of future maintenance and rehabilitation activities.

What’s more, decision-makers will be able to better predict with a high level of certainty when they can rehabilitate the pavement, avoiding major reconstructions.

This article first appeared in the May/June 2021 issue of Civil Engineering as “Double Deflection Testing.” 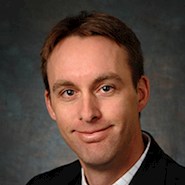