5 things you didn’t know about the Pennsylvania Turnpike

Members of ASCE’s History and Heritage Committee have been learning fun and interesting facts about HCELs around the world to share in the new “ 5 Things You Didn’t Know About …” series. As the committee continues to build an inventory of all HCEL projects, members of the committee and other volunteers have been visiting sites to photograph landmarks and ASCE plaques as well as assess their conditions. If interested in volunteering to help the committee record these landmarks, please contact committee chairman David Gilbert ([email protected]). 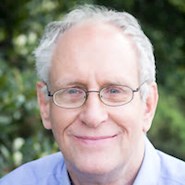