The Morandi Bridge (formally known as the Polcevera Viaduct) was more than just a critical part of the infrastructure of Genoa, Italy; it was part of the fabric of the city itself. When the bridge partially collapsed on Aug. 14, 2018, 43 people died, leaving a town and a country devastated. Costing more than 200 million euros ($234.8 million) for construction, the replacement structure, christened the Genoa-Saint George Bridge, has set new standards in efficiency for a project of its size and complexity.

The Morandi Bridge, built in the mid-1960s, spanned the Polcevera, a river that runs through the center of the city of Genoa, Italy. A landmark of the city and an essential connection for goods and people, the bridge was an important artery that connected the districts across the Polcevera Valley, and it was a major link connecting the A10 motorway toward France and the A7 to Milan. It was also the main route to the Port of Genoa, a major Italian seaport on the Mediterranean Sea. As well as traversing the river, the bridge crossed two main railway lines, passing over homes and large industrial areas.

Designed by Riccardo Morandi, the original bridge was 1,182 m long and 45 m high at road level, with three hybrid prestressed cable-stayed spans and a series of other minor spans. Each of the three major cable-stayed spans was supported by a reinforced-concrete pier and a 90 m tall pylon. A-frame towers with V-shaped supports below the bridge deck created a stiff arrangement. When a 210 m section of the bridge collapsed in August 2018 during a torrential rainstorm, the city was suddenly divided in two.

An investigation is underway to determine the official cause of the collapse; unofficially, the likely causes are areas of corrosion, fatigue phenomena, high volume, and load cycling during the life of the bridge. What is certain is that the bridge experienced much heavier use than was anticipated in the original design.

The bridge’s collapse left Italy in a state of emergency. Officials responded quickly by appointing a special commissioner, who was given authority to speed up the replacement project allocation and start-up process. A joint venture led by Omini (with Fagioli SpA and IPE progetti) and Pergenova ScpA (a joint venture between Webuild — formerly Salini Impregilo — and Fincantieri Infrastructure) was the main contractor for the new bridge. RINA, an international firm that specializes in management services, was awarded three contracts by the special commissioner to provide demolition project management, construction management, and coordination of safety and quality assurance services.

The top priority was to quickly and safely replace the bridge to restore this vital transport artery. The complication for the teams was how to carry out the demolition of the existing structure and construction of the new bridge simultaneously, with restricted urban and industrial space in which to work and under tight time constraints.

The original Morandi Bridge was situated in the middle of the town, with four roads connecting higher parts of the town to the city center. If all four roads had been closed, residents would have been isolated, and the social impact would have been huge. One of the first challenges for the project team, therefore, was to plan the demolition of the bridge while keeping at least two of the four roads open at any one time.

The bridge spanned residential buildings on its east side and commercial buildings to the west. It was not possible to keep these buildings safe and secure while the bridge was being taken down, and space was needed to establish a work site for the project. So people were immediately relocated, and these buildings were demolished. For the deconstruction of the bridge, two methods were used. The first was mechanical, using cranes and strand jacks to lower large bridge sections. Smaller sections were cut into three slices and slowly lowered using chains. The large piers were lowered by crane.

The second method was explosives, and this occurred mainly on the east side of the bridge. Explosives were used because the team determined it would take too long to use mechanical methods. There was also a chance of further uncontrolled collapse of this section, which would place personnel at unacceptable levels of risk. Another factor the team had to consider before razing the bridge was asbestos. If it was present in the structure, then explosives would aerosolize it. Extensive testing was carried out before commencing the explosion, and the results showed that the asbestos levels were insignificant or absent. On the day of the explosion, a 400 m perimeter was set up around this section of the bridge.

RINA carefully managed the explosion, addressing all possible outcomes before starting the work. It also monitored the area after the explosion for any potential impact on the environment and nearby structures. After just a few hours, there was no trace of powder in the area. Residents were able to return to their homes that evening, making this stage of the project a huge success. Authorities kept parts of the exploded bridge to aid in their investigation.

The demolition phase of the project also involved close cooperation with utility companies to ensure utility pipes that ran beneath the bridge remained structurally sound. The explosion required the utilities to be temporarily shut off, but careful review after the work showed there was no damage to these services and they quickly resumed.

At a cost of 19 million euros (approximately $22.3 million), demolition was completed in September 2019.

Construction of the new bridge before the complete demolition of the existing one required strategic planning, precise project management, and exceptional attention to safety. The design followed the alignment of the existing bridge, except at the west side where a new line was taken to move the bridge an additional 20 m away from an industrial building that had been just 10 cm from the existing bridge. This direct alignment was required to connect with the existing Coronata tunnels on the west side and junctions toward the A7 motorway on the east side.

The new bridge was designed free of charge by leading Italian architect Renzo Piano. Its design, inspired by Genoa’s maritime history, resembles a ship’s bow. Bright steel reflects the sunlight, and its pale gray-blue color blends with the skyline, resulting in a gentler visual impact on the valley than its predecessor. The bridge comprises 18 elliptically shaped, reinforced-concrete piers that are 50 m tall, 9.5 m wide, and 4 m thick (at their widest). There are 19 spans, 16 of which are 50 m long.

There are three middle spans, two of which are 100 m long and one that is 40.9 m long. The longer spans were required to cross the river and the rail lines, and the third was added for symmetry. The bridge’s continuous deck comprises steel and concrete and is 1,067 m long.

The central body of the bridge has two sides (wings), and each section has a passage inside for maintenance activities. The bridge has six lanes: two travel lanes in each direction and an additional lane on either side for emergency traffic and for carrying out maintenance work without having to close traffic lanes. The structure, substructures, and foundations were optimized using support devices to separate the deck from the piers, so that the bridge can naturally expand and contract without compromising stability or strength.

Elements of the bridge were built in factories throughout Italy and shipped to Genoa, arriving by port, and taken to the site by convoys during the night to minimize disruption. The parts were assembled on the ground and lifted into place by either one or two cranes, depending upon the part’s size and position. As with the deconstruction, the larger sections were raised into place using strand jacks.

Noise and dust levels were monitored throughout the project, and mitigation steps were implemented to minimize environmental and social impacts. Work crews wet the roads to reduce dust, and careful consideration was given to the time of day for construction activities to occur. PM10 and PM2.5 levels were monitored before and after operations.

Infrastructure needs monitoring and maintenance, and asset management is now an accepted part of ensuring ongoing safety and reliability. As a result, the new bridge is equipped with a digital monitoring system, robots to carry out some maintenance tasks, and a dehumidification system to help prevent corrosion. Photovoltaic panels power the bridge, controlling the lighting, sensors, and other systems.

The project faced extraordinary challenges, including one of the worst winters in recent times and a global pandemic. However, despite these challenges, work on the project was continual, stopping only one day: Dec. 25, 2019. When the pandemic began, the RINA safety and project management team immediately took action. Safety measures were implemented before the end of February and before lockdowns in Europe.

Checks were systematically made on personnel, including temperature checks upon entering and exiting the site as well as determining whether they had come from locations termed “red areas,” which had high numbers of cases. Workers wore gloves and masks on-site, and they had to keep diaries noting anyone they had been in contact with for more than 15 minutes and within proximities of 1 m during their shifts. In many ways, this was one of the first track-and-trace systems used in Europe to manage the impact of the pandemic.

Teams were organized into smaller groups; they were kept separate from other teams to enable easier isolation if a case of the virus occurred; and workflows were reviewed to maximize social distancing. Throughout the project, there was only one case of COVID-19 on-site. This individual and his 23-person team were immediately placed into quarantine. Fortunately, the worker fully recovered, and no other member of the team contracted the virus.

One of the biggest challenges RINA faced was obtaining sufficient personal protective equipment for the approximately 450 people at the site daily. A large amount of PPE was needed, and there was no readily available source. RINA worked promptly to source PPE, but the only equipment available did not meet the required certification levels. In response, the RINA team engaged several laboratories to certify the equipment to higher safety standards. During the pandemic, authorities visited and assessed the work site on many occasions. RINA received praise for how the site was managed and was subsequently able to share its experiences with the government to help cope with the wider pandemic in Italy.

What makes this bridge unique is not its design and construction but the teams that worked and continue to work on it. The expert management, parallel deconstruction and construction, and the can-do attitude of a highly motivated team have been termed “the Genoa approach.” The lessons learned about what can be achieved have created a model for other infrastructure projects and industries in Italy and throughout the world.

Many proposals estimated that the job would take two-and-a-half to three years. However, in just 14 months the old bridge was demolished and a new one was in place, reopening on Aug. 3. Never has such a complex infrastructure been built within such a tight schedule. A project that started from tragedy has achieved something to make the people of Genoa and the whole Italian nation proud.

This article first appeared in the November 2020 issue of Civil Engineering as "The Genoa Approach." 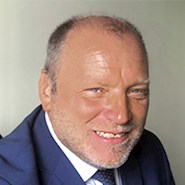