A swift change of plans and quick collaboration helped prevent wastewater from polluting the Trinity River near Fort Worth, Texas. The result also provided a more natural environment for fish and wildlife.

In late 2019, Fort Worth, Texas, faced a potential environmental and public safety crisis.

Years of erosion along a critical section of the Trinity River had exposed a 90 in. diameter pipeline that, combined with a parallel pipeline of the same dimension, conveys 150 mgd of wastewater to the city’s Village Creek Water Reclamation Facility. Emergency repairs were needed to stabilize the riverbank and pipeline to prevent wastewater flow from polluting the river. It was imperative to protect the exposed pipeline as well as the parallel pipeline.

A project of this size would typically take a year or more to design, permit, advertise/bid, and award. But it was clear that the city did not have that much time to get a solution in place. A plan from 2016 to address the erosion was in hand but had not been constructed; the plan was also no longer sufficient because the river had continued to erode the bank since the plan’s development.

The city decided to bring in a Freese and Nichols team with specialized expertise in riverbank repair to devise a different approach — and quickly.

A multidisciplinary team of engineers and scientists fast-tracked a new design in just three months — and the partners involved in the project overcame unexpected construction challenges to prevent an environmental hazard and keep wastewater services operating while improving river conditions for the long term.

The Trinity River has the distinction of having the largest basin in Texas with a watershed located entirely within the state, and it is an essential natural element for the cities of Fort Worth and Dallas. The Trinity’s West Fork runs mostly west to east across the middle of Fort Worth toward Dallas and feeds several lakes that provide drinking water for residents.

The twin 90 in. mains that convey wastewater to the VCWRF in the far east section of Fort Worth run parallel to the West Fork for several miles, buried in the riverbank. The VCWRF processes 166 mgd of wastewater, serving more than 880,000 people in Fort Worth and 22 neighboring communities as well as numerous industrial customers.

The factors that created the wastewater emergency developed over several years. The city initiated action in 2016 after Fort Worth Water Department field operation crews recognized that record rains from the previous year — including almost 17 in. in May 2015 in the Fort Worth-Dallas area — had set in motion perilous riverbank damage. The erosion brought the river precariously close to the twin pipelines in a largely industrial area, exposing a section of the pipeline nearest to the river and threatening the pipeline farther inland.

At that time, the city hired a consultant to design an emergency bank stabilization and a contractor to make the repairs, but that effort stalled when a cultural resource was discovered at the construction site. The U.S. Army Corps of Engineers, which must approve any work on the Trinity River, required a cultural resources investigation. Bank repairs were suspended for more than a year for a cultural resources survey and report to be completed. (Later, the Corps permit would have to be modified and updated to accommodate a more extensive project scope because the repair needs changed.)

After the delay, the Fort Worth City Council authorized Humphrey & Morton Construction Co. to construct a traditional solution — an anchored footing and sloped rock gabion baskets — to stabilize the streambank. But as this was under construction, more than 28 in. of rain soaked the region in fall 2018. The swelling and receding water caused the river to keep altering its course, exacerbating the erosion. To reinforce the bank and temporarily protect the pipelines, the city instructed Humphrey & Morton to install an additional steel sheet-pile cutoff wall with anchored tiebacks.

After the delay, the Fort Worth City Council authorized Humphrey & Morton Construction Co. to construct a traditional solution — an anchored footing and sloped rock gabion baskets — to stabilize the streambank. But as this was under construction, more than 28 in. of rain soaked the region in fall 2018. The swelling and receding water caused the river to keep altering its course, exacerbating the erosion. To reinforce the bank and temporarily protect the pipelines, the city instructed Humphrey & Morton to install an additional steel sheet-pile cutoff wall with anchored tiebacks.

It soon became clear that the continued erosion was severe enough that the wall with gabion baskets would no longer solve the problem. The city then enlisted Freese and Nichols for a different approach because of the firm’s expertise in geomorphology, structural design, geotechnical analysis, and utility design and its ability to quickly handle all the necessary designs in-house.

The Freese and Nichols design team was challenged to prevent environmental damage in a sensitive section of the river where the fragile streambank could not sustain a traditional solution. The riverbank had eroded so much that it was not possible to stabilize the bank and maintain cover over the pipelines. But those constraints actually led to a more ecologically friendly, less expensive approach than otherwise might have resulted.

The design team began by using geomorphology to evaluate where the river might migrate over the next 50-100 years. Using aerial photographs, team members mapped historic bank lines and estimated future river migration, determining that the West Fork’s northeast movement would erode the streambank upstream of the problem area. That meant the repairs would need to be made farther upstream of the damaged section to maximize their longevity.

The conditions also created a situation well suited to a natural channel design approach that could restore the riverbank and maximize its function more sustainably for the long term. Natural channel design aims to restore a stream and its banks so it can maintain a natural state of stability with less reliance on excavation and bank armoring to manage the water flow.

Two additional features of the design underscore the environmentally beneficial nature of the solution:

The Corps granted a permit for this new design in March 2020. This marked the first time that the Corps’ Fort Worth District had permitted rock barbs.

This design needed to be implemented promptly. But with a quarter of construction completed, an urgent situation emerged that called for an agile, creative response. Another wet spring had saturated the construction site. In June 2020, while piers for the proposed terrace wall were under construction (overseen by Humphrey & Morton), a 200 ft section of the temporary sheet-pile wall that was shielding the pipes from the river collapsed, and a section of the exposed pipeline shifted. This meant a wastewater leak into the river was imminent.

Freese and Nichols brought in a team of its staff who were experienced in utility, structural, stormwater, and geotechnical designs. Working with construction inspection personnel, the group developed a method for restoring the sheet-pile wall by cutting a V notch along its midsection, bending it back on itself, and welding it in place.

In conjunction with Xylem, a dewatering company, the engineers established a bypass system using 10 pumps to divert flow around the section of pipe that had failed. This meant that the pipeline that was farther from the river was doing the work of both mains for several months. This allowed wastewater service to continue uninterrupted while the contractor, Circle C Construction Co., removed and replaced a 340 ft section of the damaged pipe so the bank stabilization construction could resume.

During this critical stage after the sheet-pile wall collapse, Xylem provided around-the-clock observation, while Freese and Nichols committed more than a dozen engineers, many of them principals in the firm, to make sure all options were considered and all needed resources were available. All repairs along the river were substantially completed by March 2021.

Restoring a damaged riverbank can be complicated, challenging, and risky. Undertaking it in a way that minimizes the impact on the river requires specialized knowledge and training. This project had the additional complications of a construction emergency, extra safety precautions, and schedule juggling necessitated by the coronavirus pandemic.

It took engineers and scientists with expertise in geomorphology, structural design, wastewater systems, natural channel design, environmental permitting, and emergency project management, who partnered with the Fort Worth Water Department, other city staff, and multiple construction teams to implement the solution.

Some of the key takeaways from the experience that may be instructive for other engineers are:

Since the construction was completed, both pipeline sections have been operating without the erosion issues, thanks to the repairs. The solution also meant that flood risk along the river was reduced, while the fish and wildlife are expected to thrive. Monitoring will be ongoing to verify that everything is performing as intended.

The city is working with Freese and Nichols in other areas along the river to protect additional water and wastewater lines from erosion.

Robb Otey, P.E., PACP, M.ASCE, is an associate and senior project manager, and Nick Lester, P.E., is a vice president/principal and group manager for water/wastewater transmission and utilities for Freese and Nichols.

This article first appeared in the May/June 2022 issue of Civil Engineering as “Protecting the Trinity.” 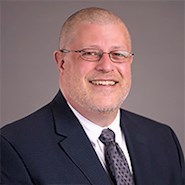 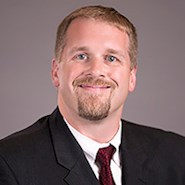