The Yabuli Entrepreneurs’ Congress Center is a sweeping new conference center in northeastern China that highlights the correlation between technology, design, and nature. Its innovative structure follows the flowing form of the snow that often surrounds the facility.

The Yabuli Entrepreneurs’ Congress Center was designed to provide a permanent venue for annual wintertime summits held by the China Entrepreneurs Forum, a nonprofit organization founded in 2001 by leading Chinese business executives. Every year around the Lunar New Year, CEF members gather in Yabuli, a popular ski resort in northeastern China, to exchange ideas and promote the spirit and vision of China’s private-sector entrepreneurs.

The Yabuli resort is in Heilongjiang province, renowned for an annual snow sculpting festival. It is a contest in which the expansive, silvery white form of the conference center roof would seem to fit right in. Only instead of snow and ice, the structure’s roof features a contoured array of aluminum panels.

Located at the foot of a 1,000 m tall mountain, the conference center’s tentlike structure is defined by soft, sloping lines. Casually mirroring its backdrop, the structure settles quietly into the landscape, integrating its presence with the sky, the ground, the snow, the forest, and the mountain.

Facing a ski run on its west side, the structure meets the slope of the mountain trail and extends out, the tip of the roof gently lifting as if escaping gravity. The rest of the roof seems to float down onto the snowfields and fade into the ground.

A giant glass skylight at the center of the roof brings natural light into the interior spaces of the building. At night, the lights inside shine outward through the skylight. Together, these forms of illumination act as a symbol of the bright ideas and brilliant discussions generated during the events held within.

The design of the conference center was intended to showcase in a public context how the realization of artistic expression is highly dependent on science, technology, and engineering. Plans for the new conference center began in 2017 when the CEF commissioned MAD Architects, of Beijing, to design a permanent home for the organization’s annual meetings. The site selected encompasses a total area of 22,000 sq m while the conference center building itself occupies a space of 16,000 sq m.

Set among rolling hills and other facilities, including a hotel, the conference center building rises to a maximum height of 24 m to comply with a regulation for low-rise buildings in the region. The height varies across the site by as much as 6 m, but it is predominantly higher on the west side and lower on the east.

On the east side, the roof extends above the ground-floor main entrance, overhanging by as much as 20 m to create a light and spacious appearance. A secondary entrance is on the second floor of the structure’s west side, taking advantage of the site’s change in elevation.

On the north side of the building, a 50 m long pedestrian bridge on the second floor of the conference center connects to the adjacent hotel. Featuring roughly floor-to-ceiling glazing, this enclosed passage enables meeting attendees to access the conference center directly from the hotel without going outside in the potentially inclement weather.

Within the facility are four levels composed of meeting rooms, studios, exhibition areas, a small and large auditorium (356 seats and 1,000 seats, respectively), a museum, a library, offices, and other spaces. Parking and mechanical systems are underground, as are some of the meeting spaces because of the site’s changing elevation.

A multistory main lobby features an organic form and wood paneling as well as a signature, curving staircase also clad in wood. Extensive glazing throughout the building enables even the people who are inside to “enjoy uninterrupted panoramic views of the surrounding natural scenery throughout the seasons,” according to the MAD website. Public plazas at various locations around the building exterior provide a “natural backdrop, creating a dialogue between architecture and nature.”

The roof of the building covers a total area of 10,000 sq m with an organic shape that cantilevers as much as 15 m in plan along the perimeter. This helps create an aesthetic that suggests an enormous tent sheltering the entire building.

The roof structure is supported on a series of steel trusses that were laid out as efficiently as possible to reduce material waste. The planar trusses have a wavy, vertical form in cross section to follow the roof geometry. Cross bracings between the trusses provide in-plane stability to the roof structure.

Because the project is in the northern region of China — known for heavy snows that can impose loads of 0.55kN/sq m — the drift and redistribution of such snow loads were carefully examined during the design of the roof and the consideration of structural robustness.

The interior of the building features large spaces that posed considerable structural challenges. For example, the largest conference room measures 40 m long, 26 m wide, and 9 m high, but it is not supported by any structural columns. Steel trusses were used instead.

The main lobby has a floor plan that measures 52 m by 30 m across two levels, with the highest point of the interior reaching 23 m to connect the large and small conference rooms at two floors. To allow natural light to reach the interior during the long winter, which can last more than six months, the lobby features a 36 m long by 8 m wide skylight at the roof. To reduce stress on the structure, a lightweight ethylene tetrafluoroethylene cushion system, rather than glass panels, was used in the skylight.

The inflated ETFE cushion system was also chosen for its extra-large size. Each cushion was cut into an oval shape to accommodate the skylight’s overall geometry. The cushions feature four layers of ETFE membrane for structural resistance and improved insulation performance. Electric air pumps are used to maintain the pressure within the inflated cushions and are programmed to increase air pressure during extreme snow conditions when additional loads are imposed.

The lighting design in the lobby is integrated with the skylight, and the lamps are hidden within the steel framing. The heating vents and various equipment ends are also concealed to ensure the integrity and purity of the visual effect. Sunlight pours into the wood-clad lobby through the central skylight during the day, which makes the space warm and soft in a manner that complements the snow that piles on the roof. To realize the lobby’s 3D curved design, the cladding material is made of custom malleable glass-fiber-reinforced gypsum panels and solid wood veneer.

Perfecting the acoustics within such a large space was another design challenge. If the reverberation time in a public space is controlled within two seconds, it is considered satisfactory. For this reason, the gypsum panels are perforated and filled with 50 mm thick acoustic cotton, while the outer surface of the solid wood veneer was made slightly hollow. This ensured the continuity of the solid wood and also greatly improved the acoustics throughout.

Above these glazed curtain walls, the roof seems to float in natural organic curves, both high and low. Raised lines on the undulating roof structure resemble traces of windswept snow or the marks of skis on the distant snowy mountain. This effect is created by the roof geometry, which is subdivided into a series of strips with “ridges” and “valleys” that enabled an economical arrangement of aluminum panels.

Each individual panel was rationalized as a developable surface that could be approximated to a cylindrical surface. Adjacent cylindrical panels were cold-bent into conical surfaces for a smoother geometrical transition. Inspired by the airplane industry, this cold-bending approach has been widely used by MAD in prior designs.

Further cost saving was achieved by optimizing the panel geometry. By using a perpendicular joint layout, the panel length stayed below 6 m, which simplified production, transport, and installation. It also helped solve some aesthetic problems by providing a recognizable pattern in the continuous layout. The aluminum panels were preassembled as units in the factory using edge frames, so the interface of the panels was carefully designed with an edge overlap from the lower panels over the upper panels.

This architectural treatment was chosen to avoid gaps, prevent accumulation of dust, and help collect rainwater from the panels.

Electrical heating systems inside the gutters melt snow and ice, thus ensuring the continued functionality of drainage downpipes — an essential element for a sloped roof in this climate.

In addition to the aluminum panels, the roof cladding also features a standing seam metal roof system made of steel panels for optimal structural fixing and performance. The standing seam system provides a continuous water-proof layer across the roof with no penetrations from the upper decorative aluminum layer. T-shaped brackets are fixed directly to tertiary purlins for improved security as opposed to a conventional metal deck, and a 200 mm thick thermal insulation layer is critical in the snowy climate.

The standing seam system also aligns with the slope of the roof to help direct the flow of rainwater. The roof is divided into zones for an optimal orientation while limiting the thermal expansion of the steel panels.

The Yabuli Entrepreneurs’ Congress Center was envisioned as a facility to foster growth, innovative thinking, and continuous evolution. Its goal is to form a landscape of ideas, nature, and art and to stand as a significant meeting place for Chinese and international entrepreneurs alike.

Construction began in 2018 and was completed early in 2020. The project relied on exceptional technology and engineering to realize its beautiful and complex design. The end result is an extraordinary venue that highlights the relationship between technology, modern industrial civilization, and a respect for the natural environment.

Qun Dang, AIA, is a principal partner at MAD Architects, Beijing, and Yu Hui is a facade engineer in the Shanghai office of RFR.

This article first appeared in the January/February 2023 issue of Civil Engineering as “Snow and Structure.” 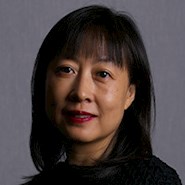 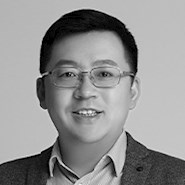