5 things you didn’t know about the Tacoma Narrows Bridge

Designated a National Historic Civil Engineering Landmark by ASCE in 2011, the Tacoma Narrows Bridge in Tacoma, Washington, is the rare landmark that is considered a qualified failure for its collapse in 1940.

Here are five things you didn’t know about the Tacoma Narrows Bridge (known as “Galloping Gertie”):

2. The only fatality in the collapse was a dog named Tubby, abandoned by his owner – news reporter Leonard Coatsworth – in a car, which fell into the water when the bridge collapsed (see film link below).  The Washington State Toll Bridge Authority reimbursed Coatsworth $450 for the loss of his car and $364.40 for the loss of his car’s “contents.”

3. In 1998, the Library of Congress selected the Tacoma Narrows Bridge Collapse film for preservation in the United States National Film Registry by as being culturally, historically, or aesthetically significant.

4. Several museums in the Tacoma area display recovered pieces of the bridge, including the Washington State History Museum and Pacific Seas Aquarium at Point Defiance Zoo and Aquarium.

5. The failure led to intense research resulting in a better understanding of the behavior of structures under extreme wind conditions. Its failure was a contributing factor in its approval as an ASCE National Civil Engineering Landmark in 2011, as then-History and Heritage Committee Chairman Henry Petroski (author of To Engineer Is Human) commented that engineers learn valuable lessons from failures.

Members of ASCE’s History and Heritage Committee have been learning fun and interesting facts about HCELs around the world to share in the new “5 Things You Didn’t Know About …” series. As the committee continues to build an inventory of all HCEL projects, members of the committee and other volunteers have been visiting sites to photograph landmarks and ASCE plaques as well as assess their conditions. Email Tonja Koob Marking if you’d like to assist. 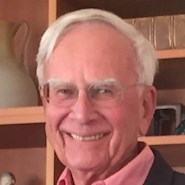