The United States has taken a major step forward in improving the nation’s critical infrastructure.

The House of Representatives passed the Infrastructure Investment and Jobs Act, following the Senate’s approval in August. President Joe Biden is expected to sign the legislation shortly.

As a powerful voice for the civil engineering profession, ASCE members are leading the charge for infrastructure advocacy on Capitol Hill and in statehouses across the country. The passing of the IIJA represents the culmination of more than 20 years of those efforts.

With its passing, the bipartisan bill will help improve almost all 17 categories in the 2021 Report Card for America’s Infrastructure.

Hear members' perspectives on the Infrastructure Investment and Jobs Act and learn more about ASCE’s commitment to infrastructure advocacy. 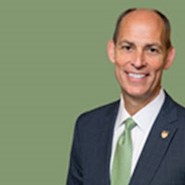