A remembrance: The World Trade Center towers and the engineers who designed them

John Skilling, P.E., Dist.M.ASCE, was sitting at his desk as I was shown into his office in spring 1975 to talk about the possibility of a summer job upon completion of my undergraduate degree at the University of Washington. I had never met him but knew that he was famous for the structural design of the World Trade Center towers that had been completed a few years earlier. He had an engaging smile and a warm personality that would be described years later as that of an Irish bartender. He gave very generously of his time to this young engineer and even more importantly offered me the opportunity to work at his firm for the summer before I went to graduate school. Skilling was a great engineer and an amazing entrepreneur at the same time.

During that summer as I was working away at my desk, a burst of energy appeared in the office in the form of Leslie E. “Les” Robertson. At the time he was a managing partner of our firm, Skilling Helle Christensen Robertson. He was visiting us in the Seattle office from the New York City office to attend a management meeting. Before heading into the conference room, he briskly walked around the office, stopping occasionally to ask a few questions of various engineers. He appeared to be a bundle of confident, nervous energy. He was a brilliant engineer, and years later Skilling would share with me that he thought Robertson was a genius.

Over the years I would come to understand how this duo of Skilling and Robertson, each with their own important strengths, was exactly the right team needed to lead the structural design of the World Trade Center in New York.

The Port Authority of New York and New Jersey had selected Minoru Yamasaki as the architect for its World Trade Center project. The next critically important step was to select the structural engineers. Yamasaki, a University of Washington graduate, had already worked with Skilling on the 20-story IBM Building (now 1200 Fifth) in Seattle and the U.S. Science Pavilion (now the Pacific Science Center) for the 1962 Seattle World’s Fair. Yamasaki was impressed with the way those projects went and suggested to the Port Authority that Skilling’s firm (then named Worthington, Skilling, Helle & Jackson) be added to the list for consideration for the World Trade Center assignment.

In summer 1962, the Port Authority conducted all the structural engineering interviews in one day. The short list consisted of six firms from New York and just one from Seattle. Skilling’s interview was last, and he stood before the selection committee by himself with nothing but a blank flip chart and a handful of marking pens. He proceeded to sketch idea after idea for structural concepts that he would, if selected, integrate into the design of the towers. The interview, which had been scheduled to last 45 minutes plus 15 minutes for questions and answers, ended up running almost two hours. The selection committee members were absolutely intrigued with what they were seeing, and it was as if they had already started working with Skilling on the project. Needless to say, Skilling was selected, and the structural engineering contracts were signed on Sept. 12, 1962.

To this day, I am absolutely amazed at the audacity of going to an interview for the two tallest buildings in the world with nothing but a blank flip chart. Skilling was only 40 years old at the time, and he was proposing 34-year-old Robertson to serve as his project manager. Of course, what appeared to be an improvised presentation was in fact the culmination of several weeks of work by many engineers in Seattle.

The firm opened a project office in New York by transferring engineers from Seattle and hiring other engineers in the city. Robertson moved from Seattle to New York, and Skilling commuted there for three days every week.

Working with the architects, the structural engineering team created a system unlike anything that had ever been built. The challenge of large floors that were almost an acre in size, massive gravity loads, and huge wind loads demanded new solutions.

The 60 ft clear-span floors were created using steel trusses running from the gravity-only core columns to the exterior wall. These trusses were prefabricated into floor units, complete with metal deck, to speed erection.

The lateral-force-resisting system was a perimeter tube steel moment frame with 14 in. sq steel box columns spaced 3 ft, 4 in. apart on center. While most architects generally strive to have columns spaced as far apart as possible to maximize views, Yamasaki took a different approach. He had a fear of heights and wanted the occupants of the building to feel comfortable looking out the windows. This architectural approach led to an exterior wall system that was more like a punched-steel bearing wall than a moment frame.

Three exterior columns and three spandrel beams were prefabricated into a single unit to speed erection, similar to the floor units. This also meant that at any floor level, two-thirds of the columns were continuous, without splices.

There were also hat trusses at the top of each tower connecting the core with the perimeter steel tubes to provide additional redundancy. The closely spaced columns and heavy redundancy ultimately saved lives during the terrorist attack of Sept. 11, 2001.

Due to the height and lower mass density of the towers compared with previous buildings, the engineers embarked on a unique program of wind tunnel testing. They conducted the first comprehensive boundary layer wind tunnel test program for a building. Groundbreaking tests were also conducted to determine human perception of motion. At a university campus on the West Coast, people would enter a room without knowing that it had been specially constructed so that it could move horizontally. As the accelerations of the room increased, human reaction could be recorded. It was basically a “blind” test. This research was not only used for the WTC design but formed the basis for what is used today for high-rise building design.

The wind tunnel tests revealed that the wind-induced horizontal accelerations would exceed the comfort criteria, so the engineers invented a new system using viscoelastic dampers connecting the bottom chord of the floor trusses with the exterior wall. With more than 10,000 of these dampers in each tower, the system provided the ability to dissipate wind energy and brought the design within the comfort criteria.

In one of the most horrifying days in the history of our country, a Boeing 767 weighing nearly 300,000 lb was intentionally flown into the tower known as WTC 2 at 542 mph, and another Boeing 767 hit WTC 1 at 443 mph on the morning of Sept. 11, 2001. Nearly 2,750 people died as a result of these attacks. Two other planes were commandeered and resulted in deaths at the Pentagon and a field in Pennsylvania. I still weep just thinking about this senseless loss of life.

But, as bad as this was, it could have been much worse. The impact hole in the side of each of the WTC towers was about 140 ft wide. It would surprise me if any other high-rise building in the world could survive a 140 ft wide hole without some form of immediate catastrophic collapse. The very stiff perimeter tube moment frame was able to bridge over the gash in each structure and carry the gravity loads of the building until the fire later caused the collapse. That bridging allowed WTC 1 to stand for 1 hour, 42 minutes and WTC 2 to stand for 56 minutes — and that gave time for many to escape. According to research by the National Institute for Standards and Technology, there were about 17,500 people in the WTC towers at the time of the attack, and nearly 90% of them survived. While the initial survival of the towers after the attack saved about 15,000 lives, rescue attempts resulted in the death of 421 heroic first responders.

A final tribute to the engineers

I was in sixth grade when the design work on the twin towers was being done, so I wasn’t an eyewitness to their engineering. However, I came to know Skilling and Robertson very well, as well as many of the engineers who worked under their leadership (only a few are still alive today). They were absolutely dedicated to the prime objective of civil engineering: keeping people safe. The World Trade Center structural engineering team was recognized by ASCE with its 1971 Outstanding Civil Engineering Achievement Award. It truly was an amazing accomplishment.

Even though the towers were able to initially survive an attack that no one could have imagined, especially in the 1960s, and lives were saved, still there is no joy. We will never forget the lives lost. 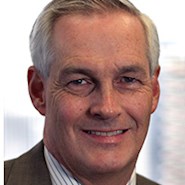