5 things you didn’t know about … the Ward House

Designated as a National Historic Civil and Concrete Engineering Landmark by ASCE and the American Concrete Institute in 1977, the Ward House in Rye Brook, New York, is a landmark that many people have never heard about.

Here are five things you didn’t know about the Ward House:

1. The Ward House is the oldest extant, reinforced concrete structure in the United States. The entire structure was constructed using concrete and iron rods – only the doors, window frames, and paneling were built with wood.

2. It’s believed that owner William Ward’s mother suffered from pyrophobia (fear of fire), and he wanted to build her a house that was fireproof.

3. When it was erected from 1873 to 1876, neighbors called it “Ward's Folly” because of their lack of confidence in the new building material, but today it’s locally known as “Ward's Castle.”

4. Although the building currently serves as a private residence, it used to be a popular tourist attraction when it housed the Museum of Cartoon Art from 1977 to 1992.

5. The landmark lies within yards of a state border. The house is located in Rye Brook, New York, but most of its surrounding property is located in Greenwich, Connecticut.

Members of ASCE’s History and Heritage Committee have been learning fun and interesting facts about HCELs around the world to share in the new “5 thing you didn’t know about …” series. As the committee continues to build an inventory of all HCEL projects, members of the committee and other volunteers have been visiting sites to photograph landmarks and ASCE plaques as well as assess their conditions. 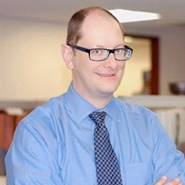