Engineer seeks to understand the needs of the people he serves

I wish I’d known that being an engineer involves more than just engineering — more than the calculations and the technical drawings. Instead, much of engineering involves the communities in which we work. That means we have to talk to the people who live where our projects will be constructed and discuss our plans with people who may not understand what we’re trying to do.

This was something I had to learn quickly early in my career because, as with many things, it wasn’t something I learned about in college. I did take some required classes on public speaking. However, those didn’t come close to preparing me for what I’ve had to deal with at a community meeting when I have to talk to an audience of people who may not like the project I’m trying to explain to them.

I went to my first such meeting with a senior engineer who led that session while I observed. But the second time out, I was on my own — thrown into the deep end!

That was nearly 20 years ago, and over time, I’ve learned some techniques to be better prepared. The most important, perhaps, is to get to know your audience. In some cases, this is easy. I am Colombian by birth, and Spanish is my native language. So if I’m speaking to a Latino audience, I can connect with them because of the shared language and culture. Other times, I just have to show up at that first meeting and try to develop a rapport with the audience.

It helps to realize how your work may disrupt people’s lives. Your goal, of course, is to give them better lives, for instance, by bringing more water to their side of town. But they won’t see it that way at first. All they know is that you’re going to disrupt their access to the supermarket or to day care.

But if you listen to their concerns, you might find a way to incorporate some of their ideas into the project. Those ideas may seem odd to you as an engineer — such as finding a place for practicing yoga in the park you’re restoring — but it matters to them because it was what they had in the original park. Knowing that and working with them on it is something small, but it can help you find a happy medium and keep moving in the right direction.

This article first appeared in the September/October issue of Civil Engineering as “Wish I'd Known.” 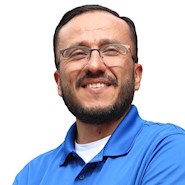