10/28/2019
3 minutes
The Project Excellence Award was established by the COPRI Governing Board in 2008 to give members the opportunity to showcase their projects to the community. The purpose of this award is to recognize projects that have demonstrated design and/or construction excellence in the area of coastal, oceans, ports and harbors, or rivers. The projects selected for the award emphasize design excellence and innovation. 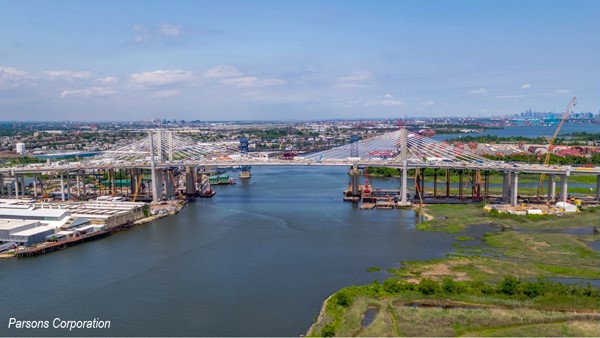 Originally opened in 1928, the Goethals Bridge became functionally obsolete as transportation demands increased over the years. Drivers endured a harrowing experience, navigating steep grades and no shoulders on the bridge's four 10-foot lanes while dealing with heavy truck traffic. Solutions to these conditions had been explored for years to ensure the economic vitality of the region, but a very aggressive capital program resulted in a cash-flow crunch for the Port Authority of New York & New Jersey (PANYNJ).

To move forward with the project, PANYNJ chose for the first time in its history to use the P3 delivery method. After an open competition that resulted in a short list of three proponents, PANYNJ selected the NYNJ Link team, with Parsons as its lead designer, to design, build, finance, and maintain the replacement crossing for $1.5 billion.

PANYNJ desired a state-or-the-art, iconic structure, which the Goethals Bridge Replacement Project delivered while incorporating performance requirements for tower shape and performance criteria related to programmable aesthetic lighting and limitations on structure depth. The new Goethals Bridge is a dual cable-stayed bridge with a 900-foot main span and roughly 7,000-foot-long prestressed concrete girder approaches. The new bridge carries westbound and eastbound traffic independently and with built-in structural and operational redundancy, and it accommodates a future mass transit corridor that can be created by stitching together the eastbound and westbound spans by way of steel framing to accommodate either light rail transit or bus rapid transit without additional in-water work or foundations for the main bridge. 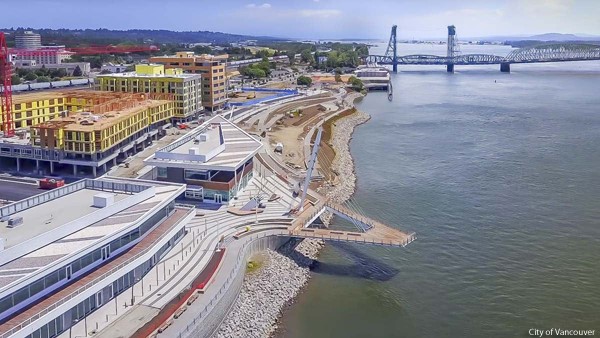 The primary goal of the Vancouver Waterfront Park project was to reconnect the City of Vancouver to the Columbia River waterfront, by redeveloping an old industrial site that had barricaded visitors from the river for nearly a century. The solution was to develop a park with an over-water pier that would draw residents and visitors to the river's edge, provide them an enjoyable experience, and leave them with iconic memories of the City of Vancouver.

The park and pier are the major public amenities included in the Vancouver Waterfront master plan. whose over-arching goal to redevelop the 40-acre former paper mill site has stimulated $1 billion in economic development that is redefining the downtown area. Another important goal of the project was sustainable development that caused minimal disruption to the local environment and that showcased both a stewardship of and a historical dependence on the Columbia River, the Gre at River of the West.

The BergerABAM team helped the City of Vancouver plan, design, and construct the 7-acre, world-class destination at the river's edge. The team has provided the engineering to overcome the significant challenges in transforming a site of heavy industry into a site where the built environment seems a part of the natural landscape.

The centerpiece of the park, the Grant Street Pier, features a unique application of cable-stay structural engineering to evoke images of the city's maritime heritage, while taking modern environmentally friendly development standards to new heights, literally suspended above the river. Over a span of six years the Grant Street Pier design evolved from being the geographic center of the park to becoming an iconic, postcard-worthy centerpiece of the entire development.