What is a low head dam?

A low head dam is a manufactured structure, built in a river or stream channel, extending fully across the banks. A low-head dam is designed and built such that water flows continuously over the crest from bank to bank. If water levels rise downstream, a submerged hydraulic jump can form that produces an upstream directed current that traps any recreationist who might go over the dam.

More than 1,400 fatalities have occurred at structures such as these. Not all low-head dams produce this current, but it is currently unknown where the thousands of dams such as this are located. At least five states have partial inventories, as shown in this map, however the majority of of states have no inventory of the location of their low head dams thus a lot of work remains, and we need YOUR help. 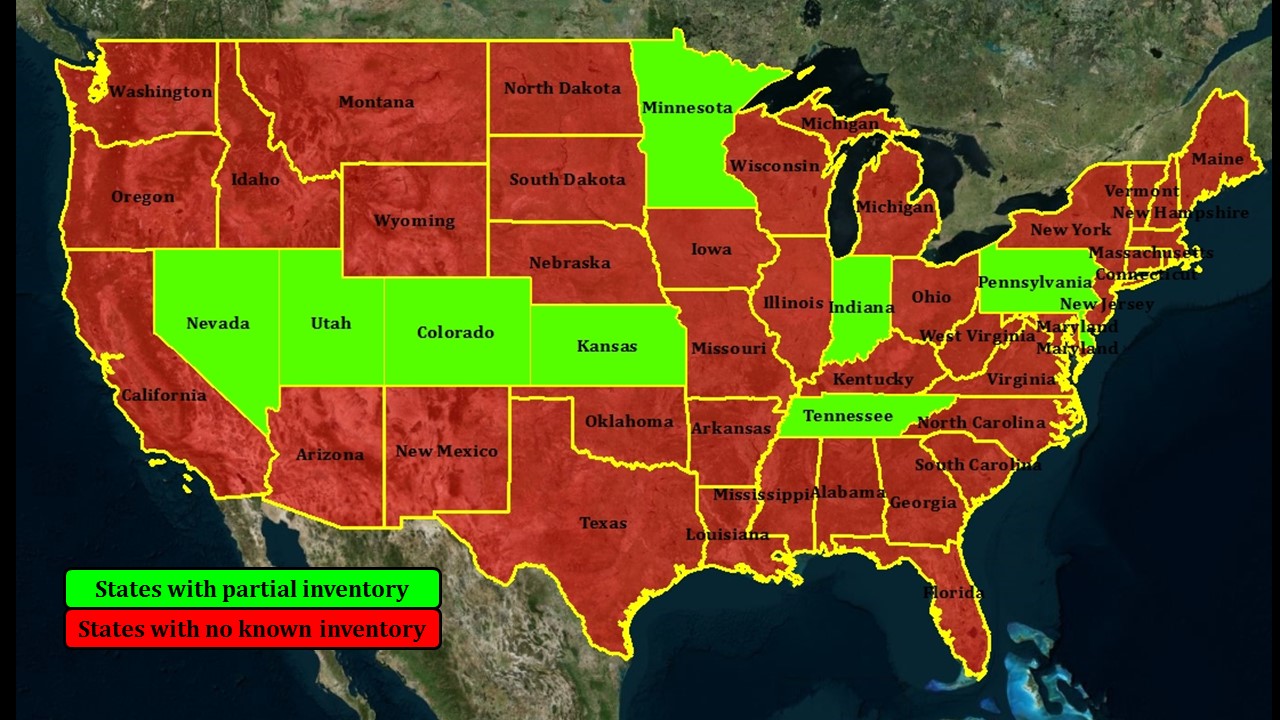 Though there has been a growing awareness about low head dams in recent years, there is no single source of all low head dam locations in the United States. Recognizing this gap of information, a group of multi- organizational professionals formed the National Low Head Dam Inventory Task Force headed by Professor Rollin Hotchkiss from BYU University, Manuela Johnson from Indiana Department of Homeland Security and Professor Brian Crookston from Utah State University. Within this group there are various subcommittees representing all aspects of the Civil Engineering profession from consulting, academia to government.

Learn more about low-head dams and the dangers associated with them.

How can I help?

In collaboration with the Association of State Dam Safety Officials (ASDSO) and the U.S. Society on Dams (USSD), ASCE-EWRI is committed to assisting in the location and inventorying of low-head dams. Of the various subcommittees in the task force, one is the development and testing of apps to collect field information on these low head dams. The intent is for users to easily document the coordinates and photo of a low head dam using their mobile device. The group is capturing locations through other means such as existing state inventories, Google Earth and machine learning techniques.

Currently there are two apps explored by the subcommittee – a web-based app and Survey123 app. The web-based app is being piloted and can be accessed by using this QR code.

The collected data is mapped as shown, with location icons consolidated when looking at the entire country and individual locations visible with a closer look. Ultimately, the goal is to fill the entire map with all low head dam locations in the country to serve as a living tool for government entities, outdoor organizations, engineers, and the general public.

The importance of field verification understood by all engineers for informed decision making. Each entry is a contribution towards greater low head dam safety. The subcommittee asks for your contribution by spreading the word about the opportunity to capture a low head dam using the QR code to make an entry. If your work or personal hobbies involves frequent encounters with low head dams, we are especially interested in your involvement. A few minutes taken to capture a low head dam is invaluable when it could lead to a difference of a life being saved because the location was known and appropriate corrective actions were taken to improve safety. With virtual collaboration at its height, this feat is possible and truly exciting to be a part of.

These training documents offer a simplified and an in-depth tutorial on how to catalogue low heads dams via Google Earth.